Not long ago, I worked with Starlux Games on a review for their brand new game, Eyeballs of Madness.  Inside this game were pictures of some of the other games offered by Starlux. Curly was looking through them and reading about them and he said, "Hey, next time ask them if we can review Wizards & Werewolves." I'm pretty sure you know how much he loves outside games by now. So when I sent them a copy of the review on Eyeballs, I mentioned that my 13-year-old son thought W&W looked like a really fun game. So they sent it to him!!

They didn't ask for a review or anything, but I thought it would be a good lesson for him that when someone gives you a gift, it is a great idea to give them a thank you. So here is his unsolicited, very appreciative, and first time ever, review. 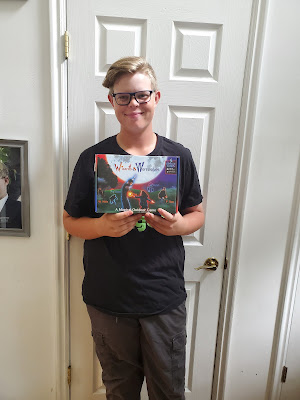 Wizards & Werewolves is a great game for everyone. Burrito, Baby Doll, Taco, and I all played. It is fun because there are multiple levels of difficulty. You have to play the easier ones first. The easy ones are also great for little kids. Skittles even had fun playing with us. 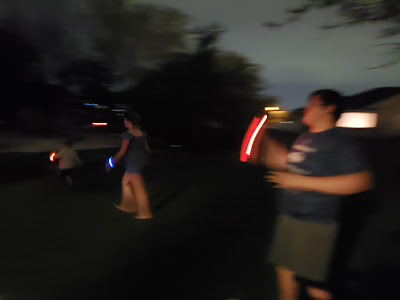 You do need quite a big space to make it fun. Also the more people, the better, especially for the harder versions. We played in our backyard but at the park would be way better because it is a game that uses two teams that have lighted wristbands that show who they are. The wizards try to kill (tag) the alpha werewolf while the werewolves try to infect (tag) all the wizards. 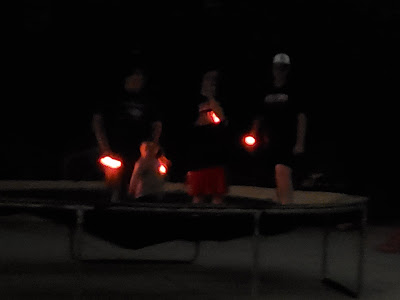 I would rate this a 5/5 and would definitely recommend. We have played it a ton already. Starlux Games never disappoint.