Since Wednesday was our last full day in New Jersey, we decided to do something crazy and brave downtown Philadelphia. Teach did a little digging online and she found a place called Please Touch Museum and to make sure we didn't chicken out, she even bought the tickets. 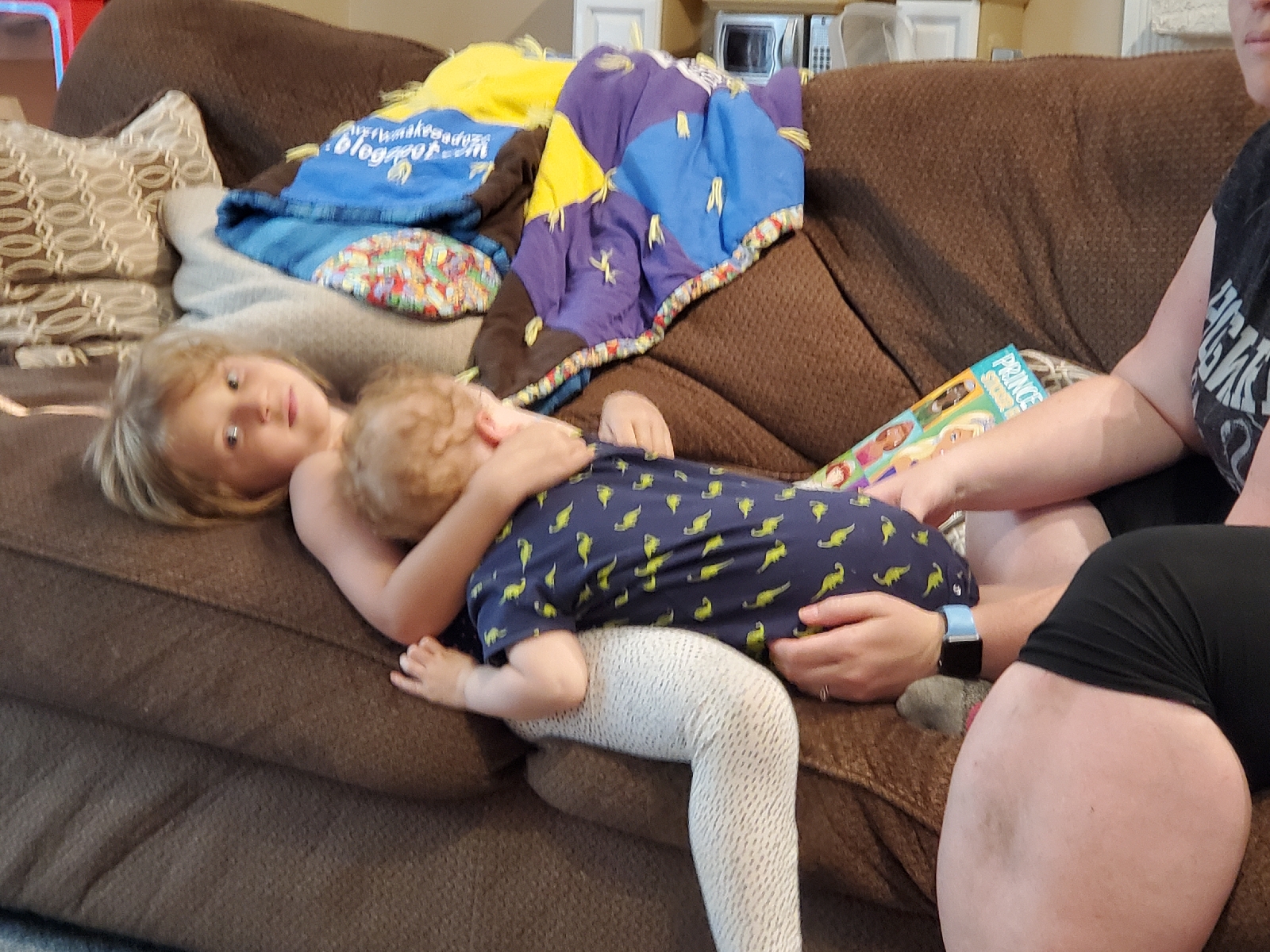 We couldn't go until after Twizlet's Princess Camp, so our goal was to grab a sandwich on the way before we crossed the Walt Whitman bridge. 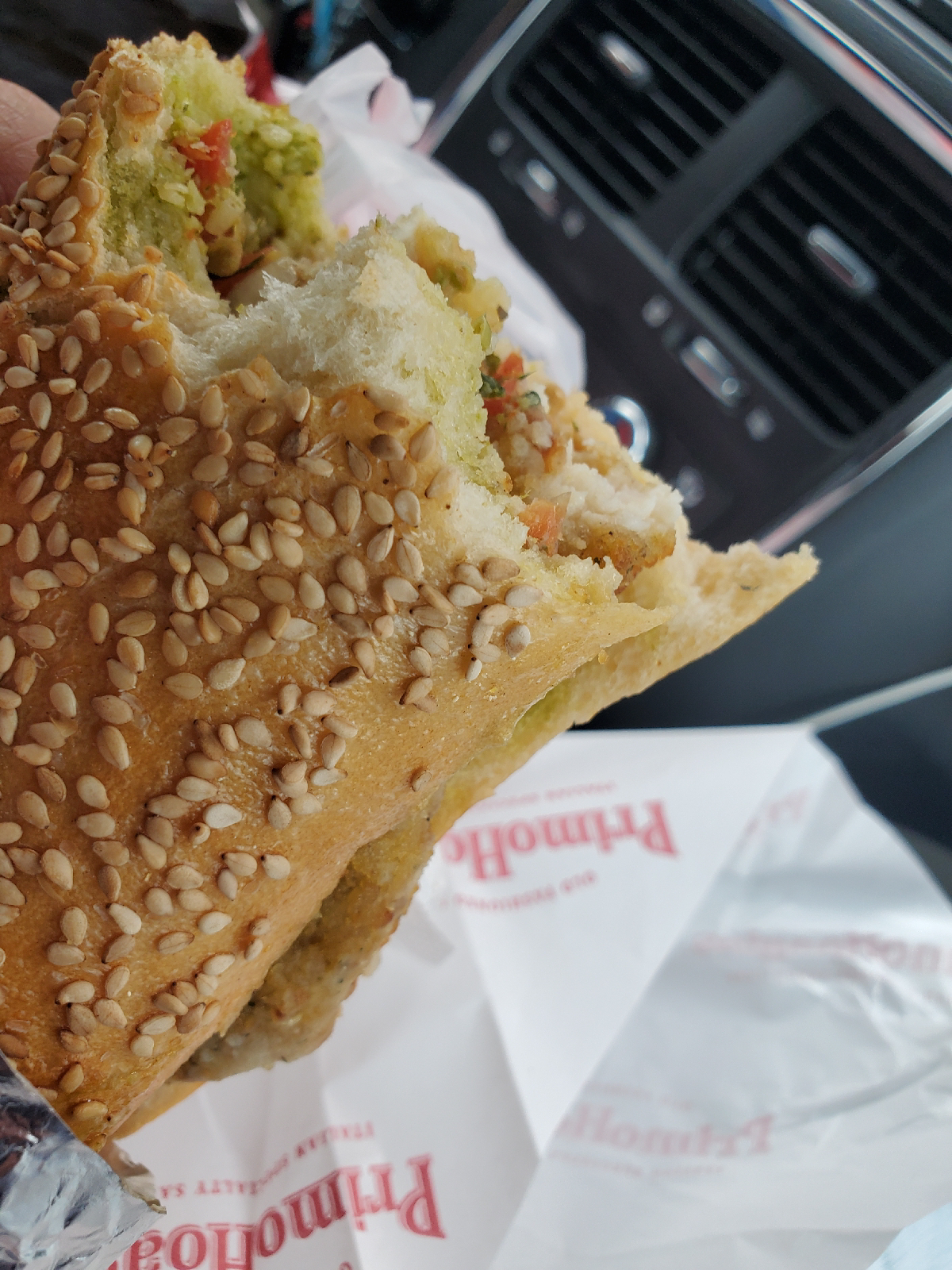 Traffic was a little scary even at 1:00 pm. Teach handled it like a pro (she never drove like that in Utah!) and before long, we were pulling into the museum's massive parking lot. This building was huge! It was like something out of a fairy tale... or a castle. Or maybe just one of those cool old houses in England... 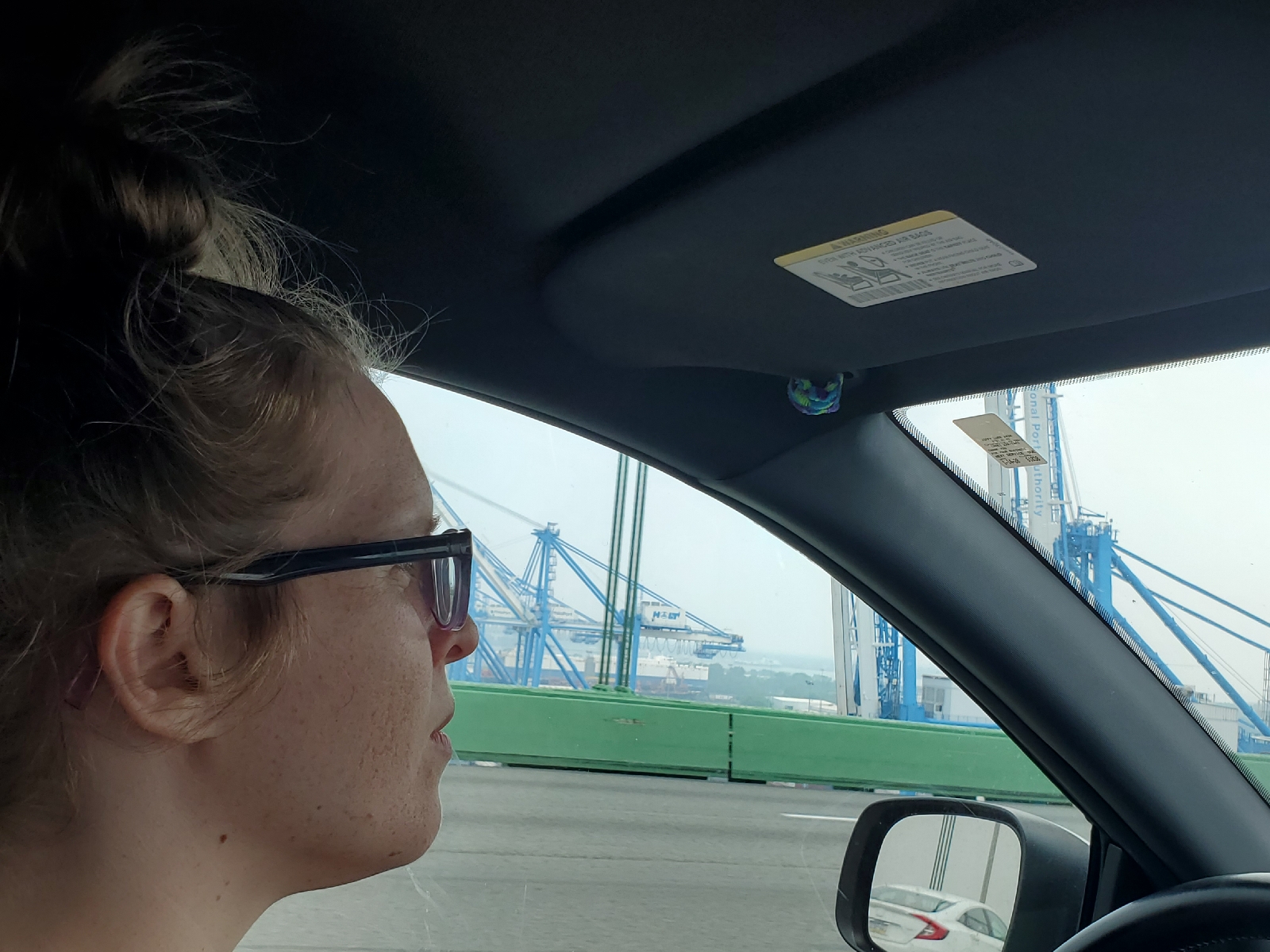 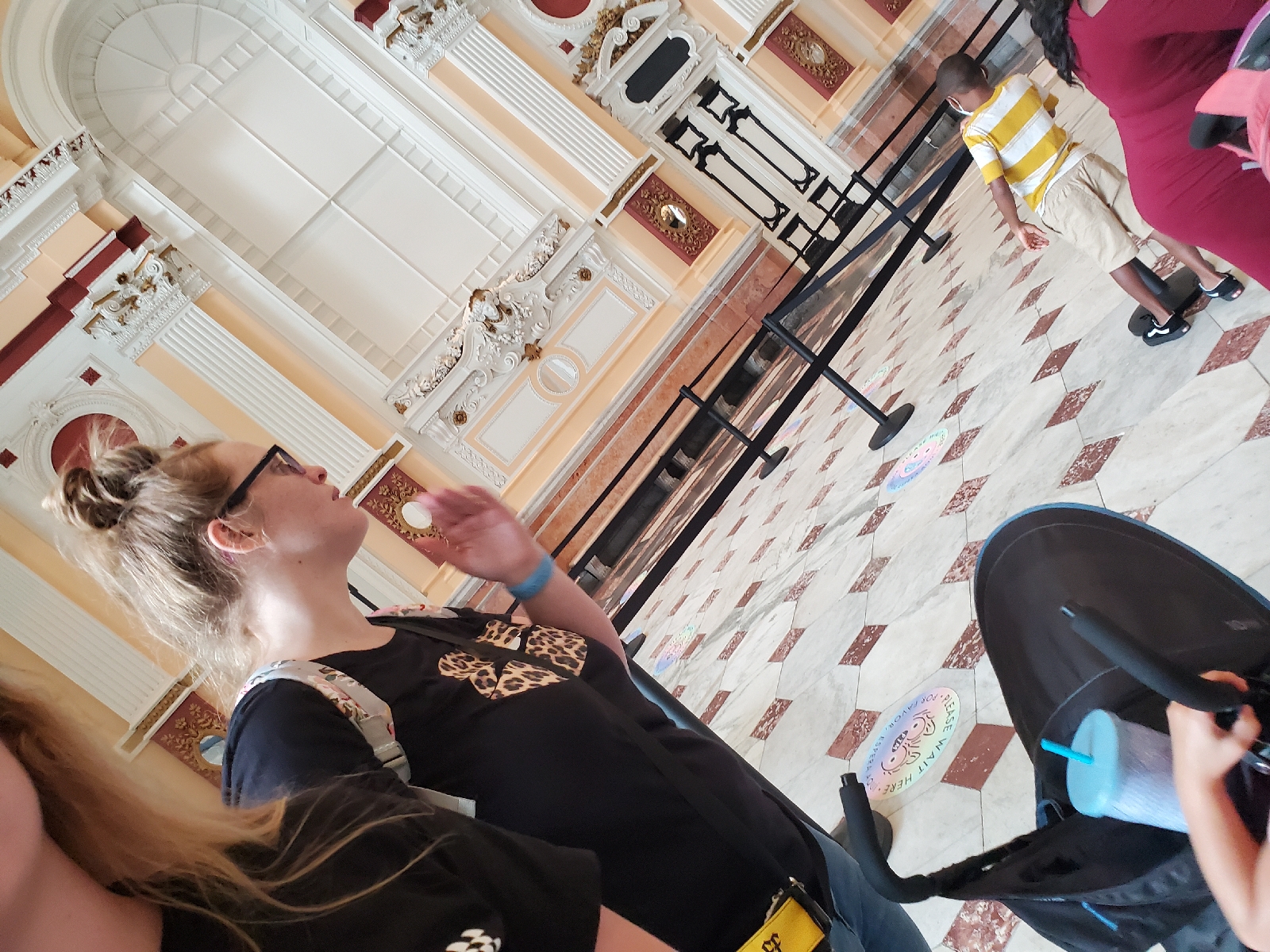 Twizlet loved the first area with all of the vehicles, but Teach was drawn to a brand new exhibit about Mo Willems. We absolutely love his books and this fun little hall had all kinds of pigeon-related games. There were big blocks and little buses for the kids to put over their shoulders. We spent half an hour or so there, but the museum was huge and finally we needed to move on. 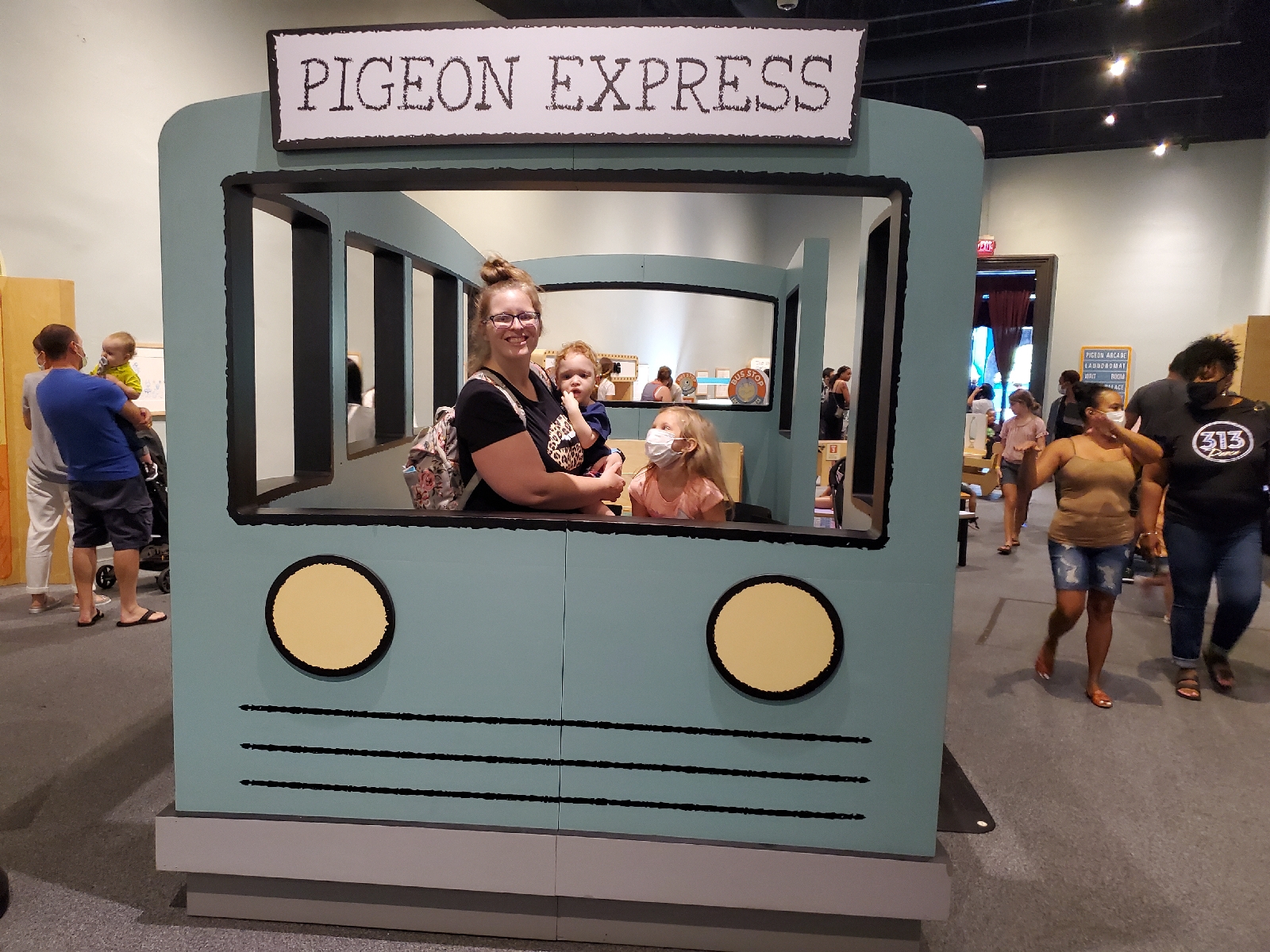 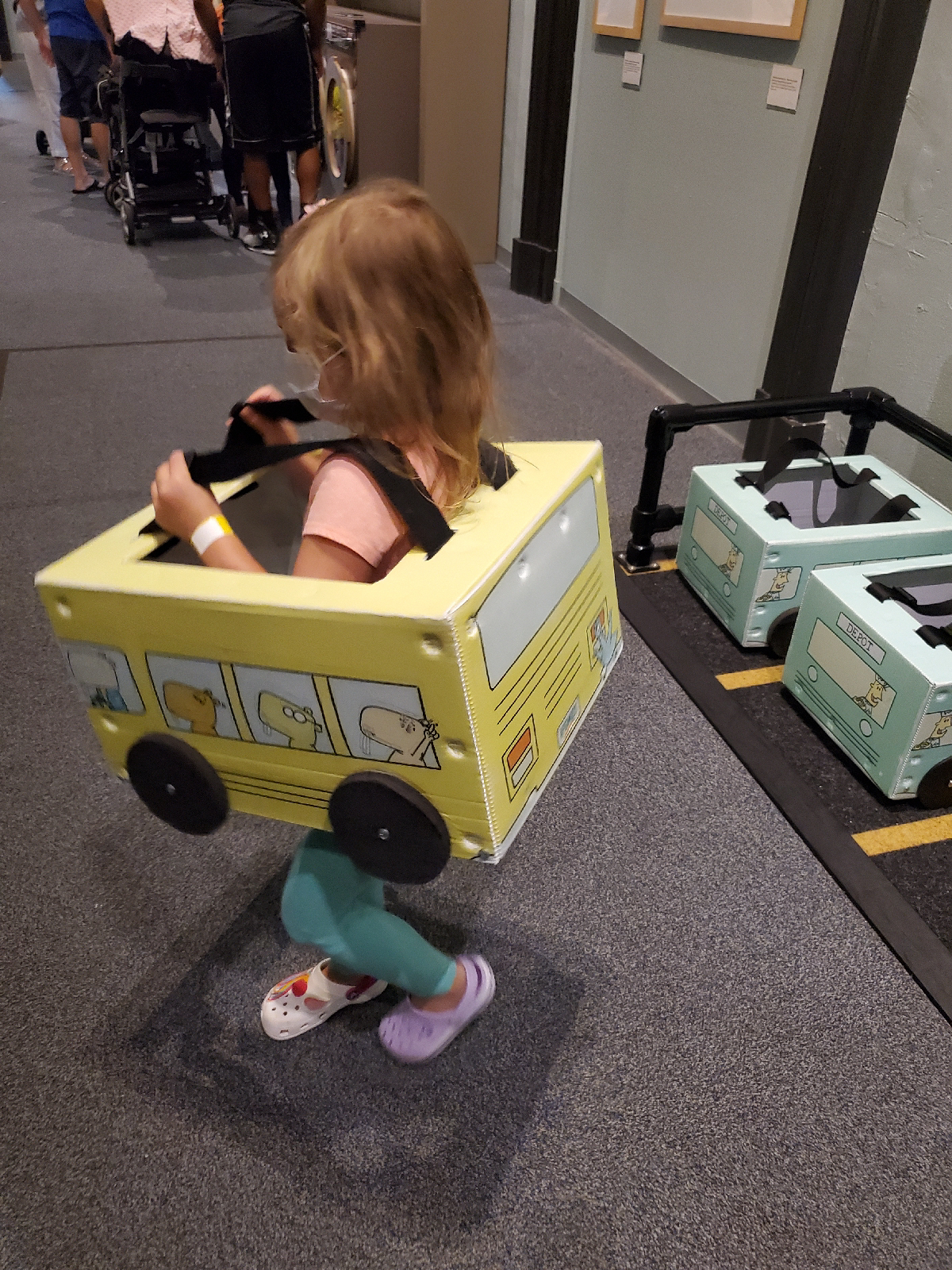 Downstairs, right in the middle of everything was a huge Alice in Wonderland exhibit. I watched Twizzler while the girls worked their way through the maze and eventually the book. There was a giant tree and it led upstairs to the next level. 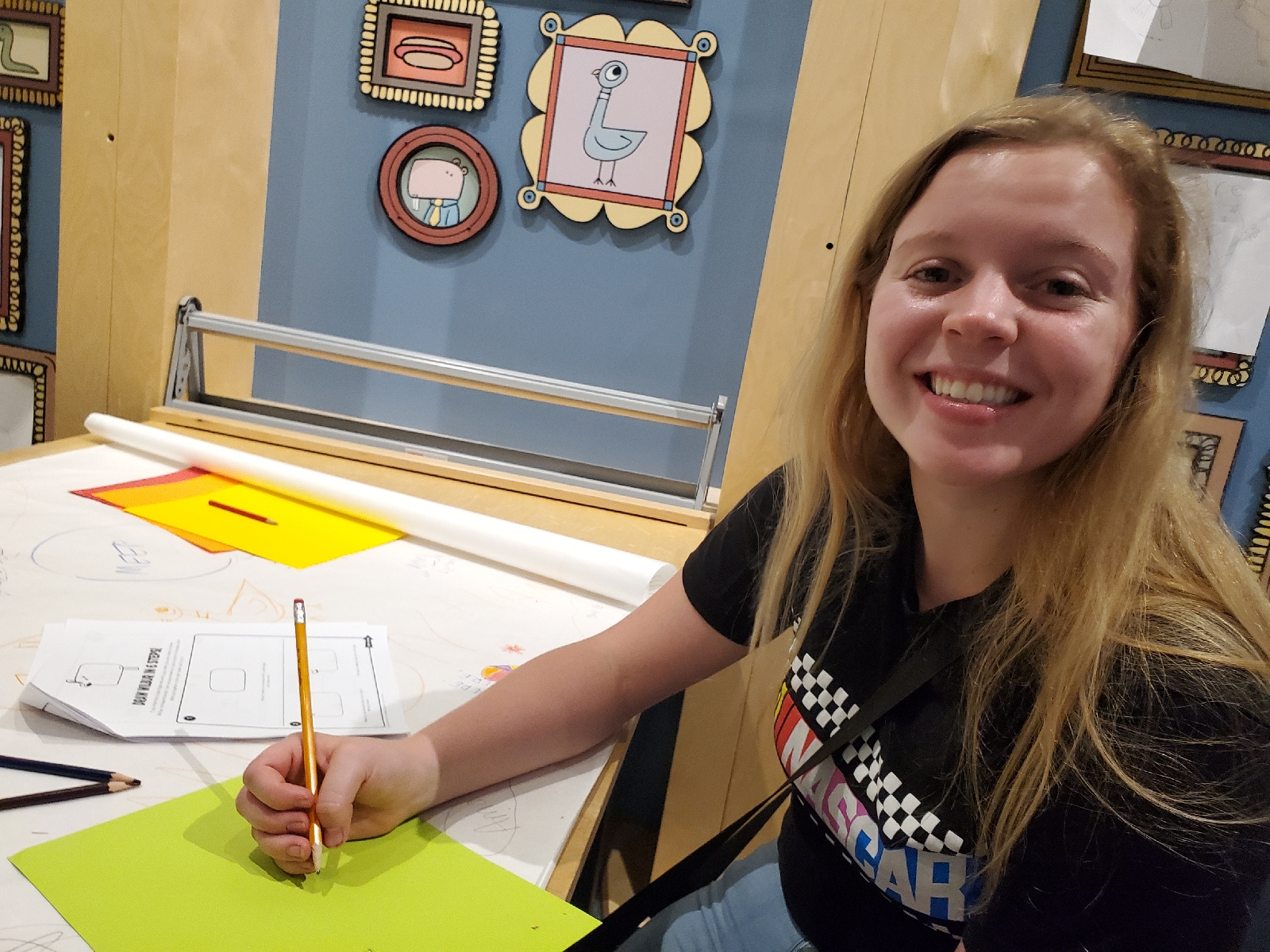 So much stuff to see!! Then we came upon an enormous room that held a beautiful carousel. Good thing Teach already bought the tickets for unlimited carousel rides. Teach and I took the kids first and then Teach and Crafty took them a second time. 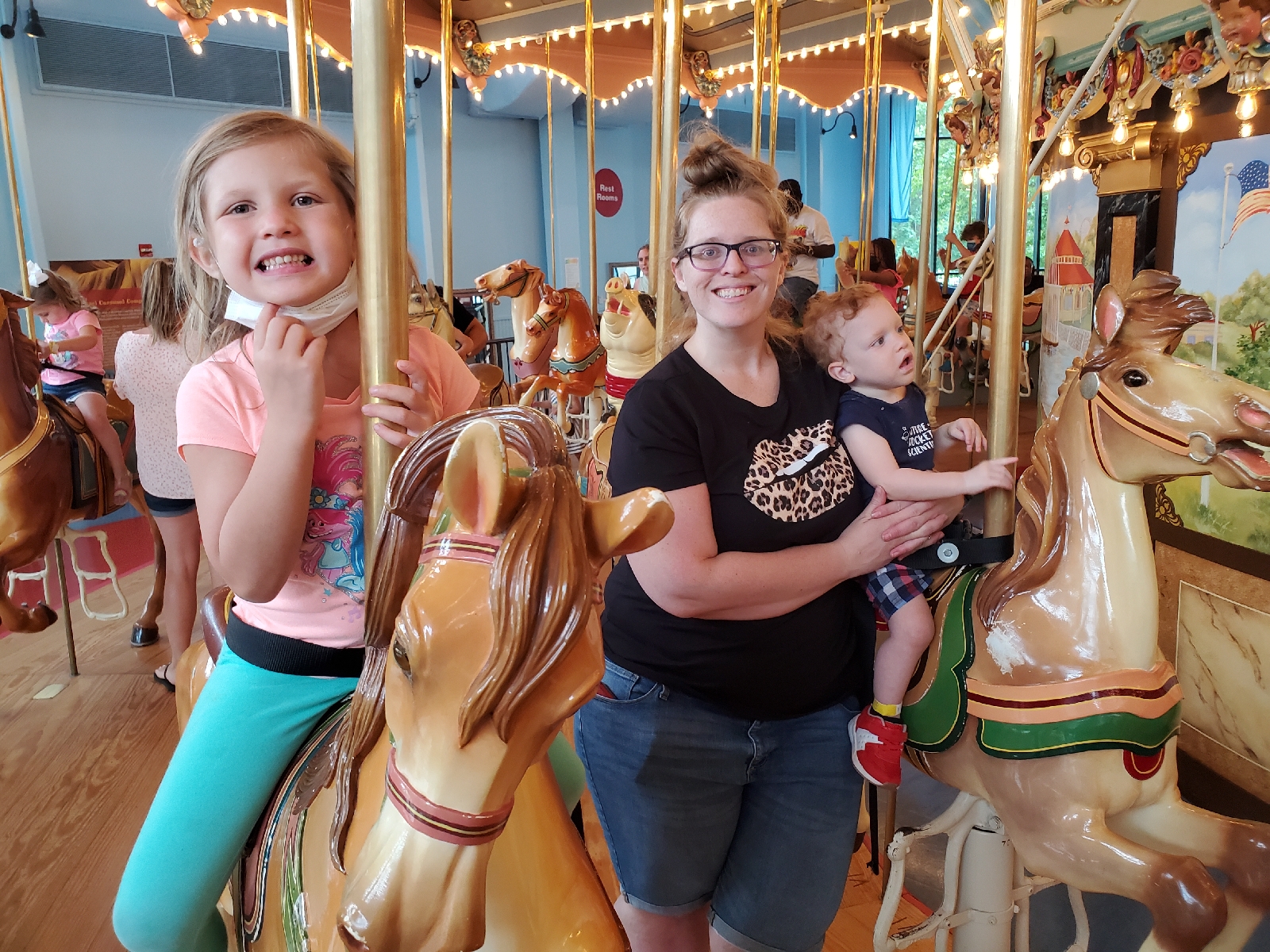 After the carousel, we stopped by the cafe for some ice cream, and then it was time to go home. The Please Touch Museum needs to go on our new list of favorites places even if it is very far away. 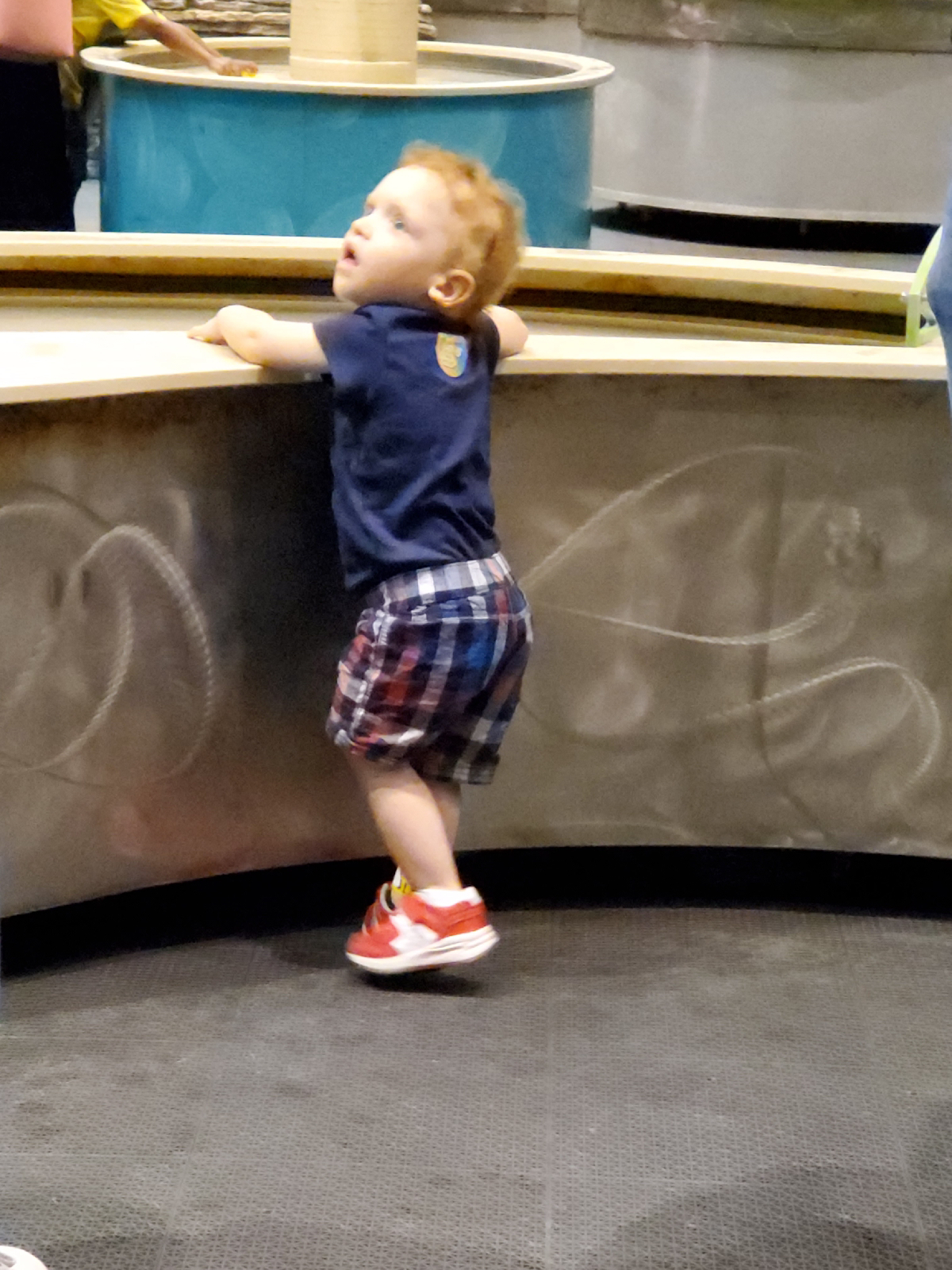 Teach and her littles love fresh produce, so one of the first things they did when they moved to New Jersey, was to start looking for places to support the locals. I already told you about Stella's, their favorite Farmer's Market, but now I want to tell you about Johnson's Farm. 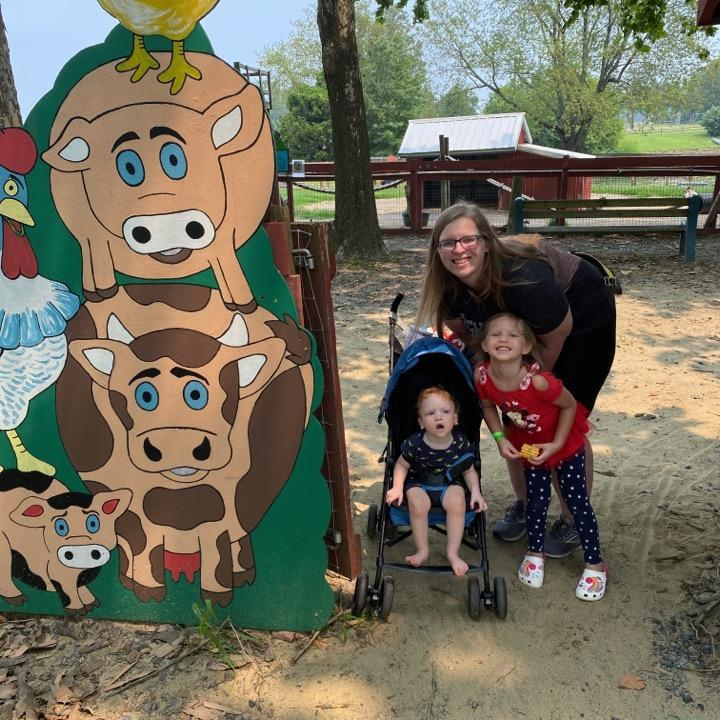 Twizlet absolutely loves Johnson's Farm! They have wagonrides out into the fields where you can pick your own vegetables to take home. When we got there on Tuesday, we narrowly missed the last run. Teach was a little diasppointed, but not me. There were so many other things to see and do. 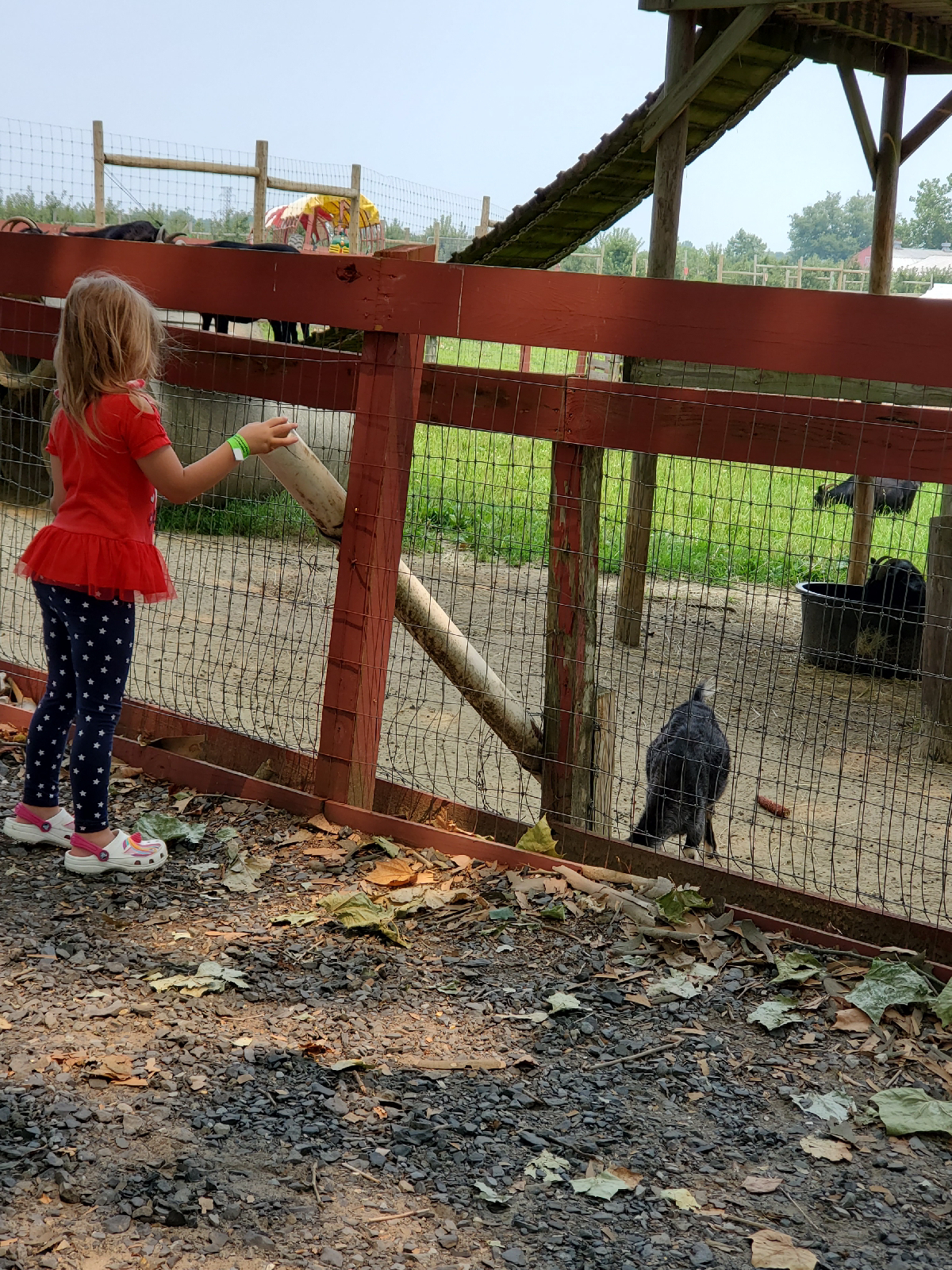 We started with the Country Store where we picked up some dried corn to feed the animals. Then we headed for the goats. 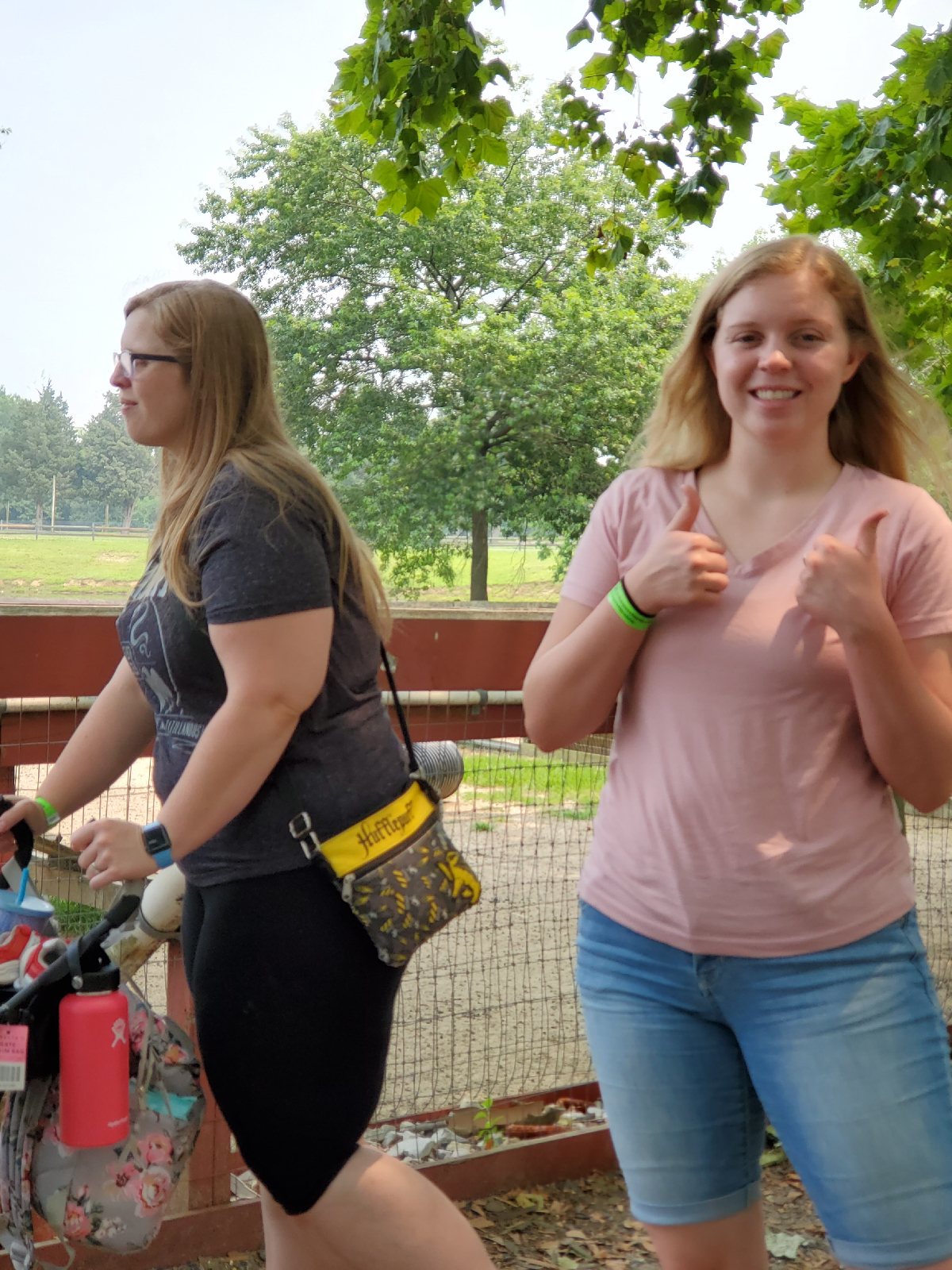 After feeding goats, chickens, sheep, ducks, you name it, the girls took a walk across the Wacky Bridge. They even convinced me to do it, but I was much slower than they were. 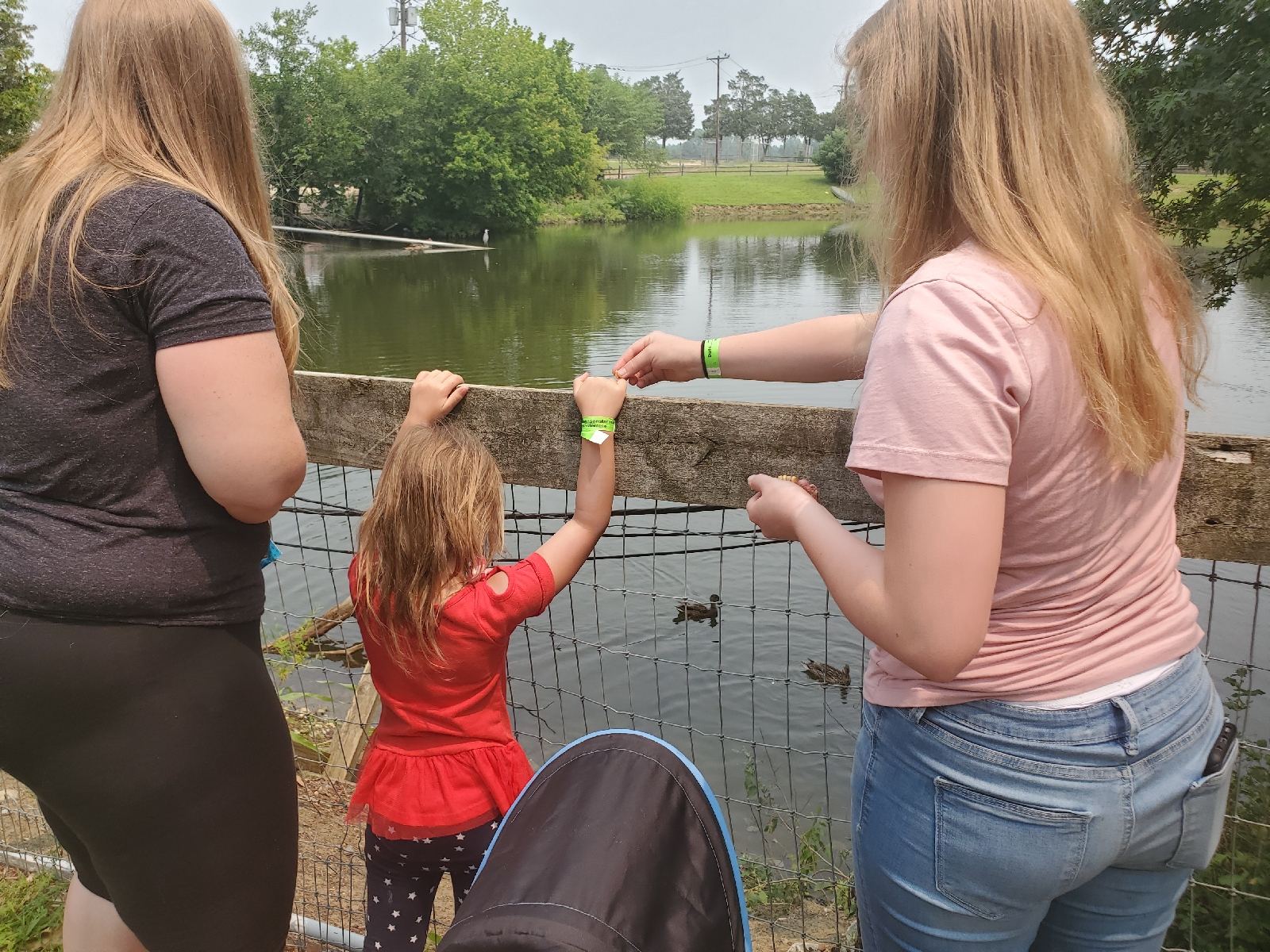 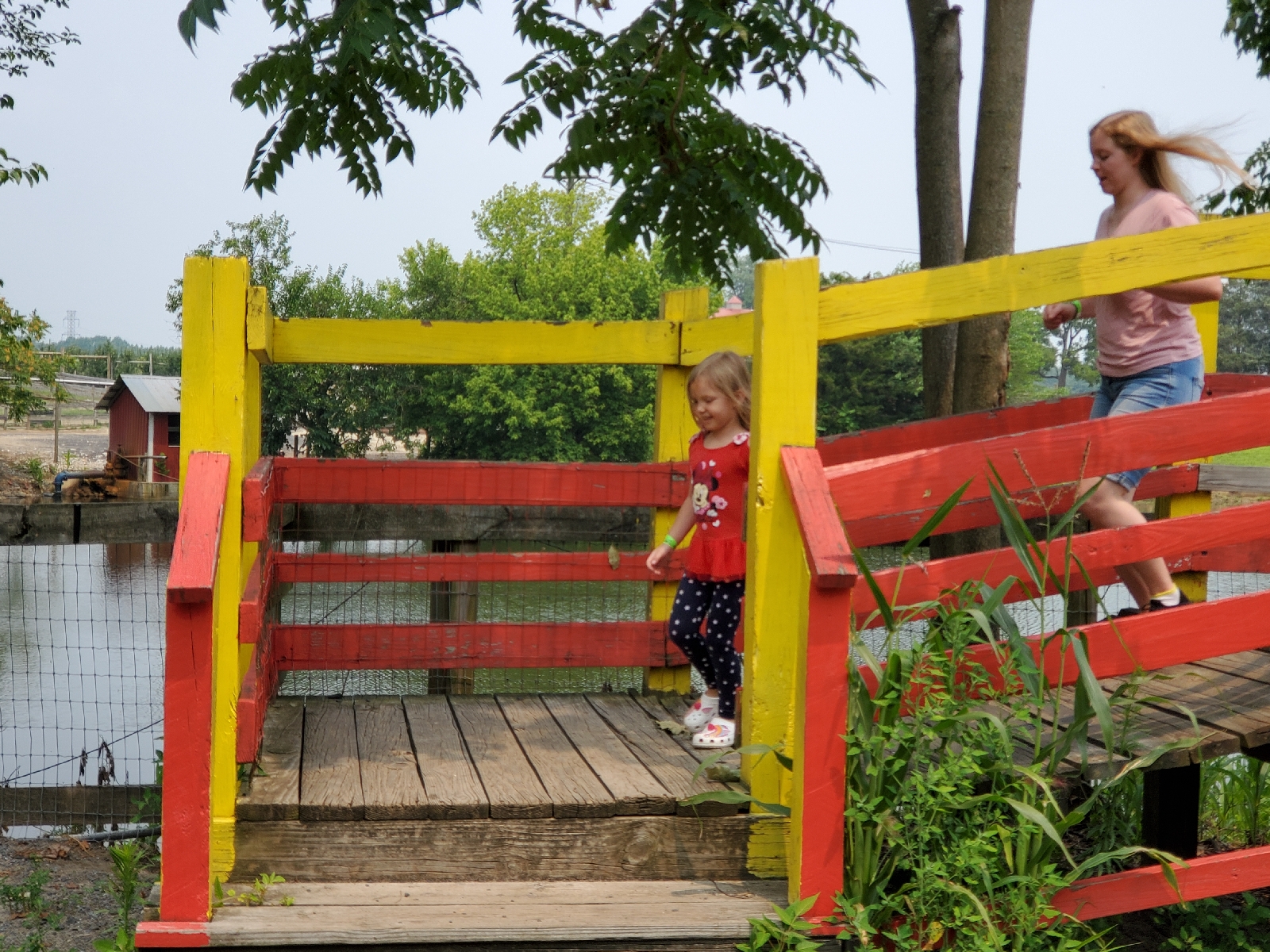 By then we were all starving, so we bought some food from the little cafe and claimed a picnic bench outside to eat. I had a salad and it was delicious, but Twizlet's blueberries were amazing! New Jersey's blueberries are totally different from the ones here in Utah; much bitter and much sweeter. 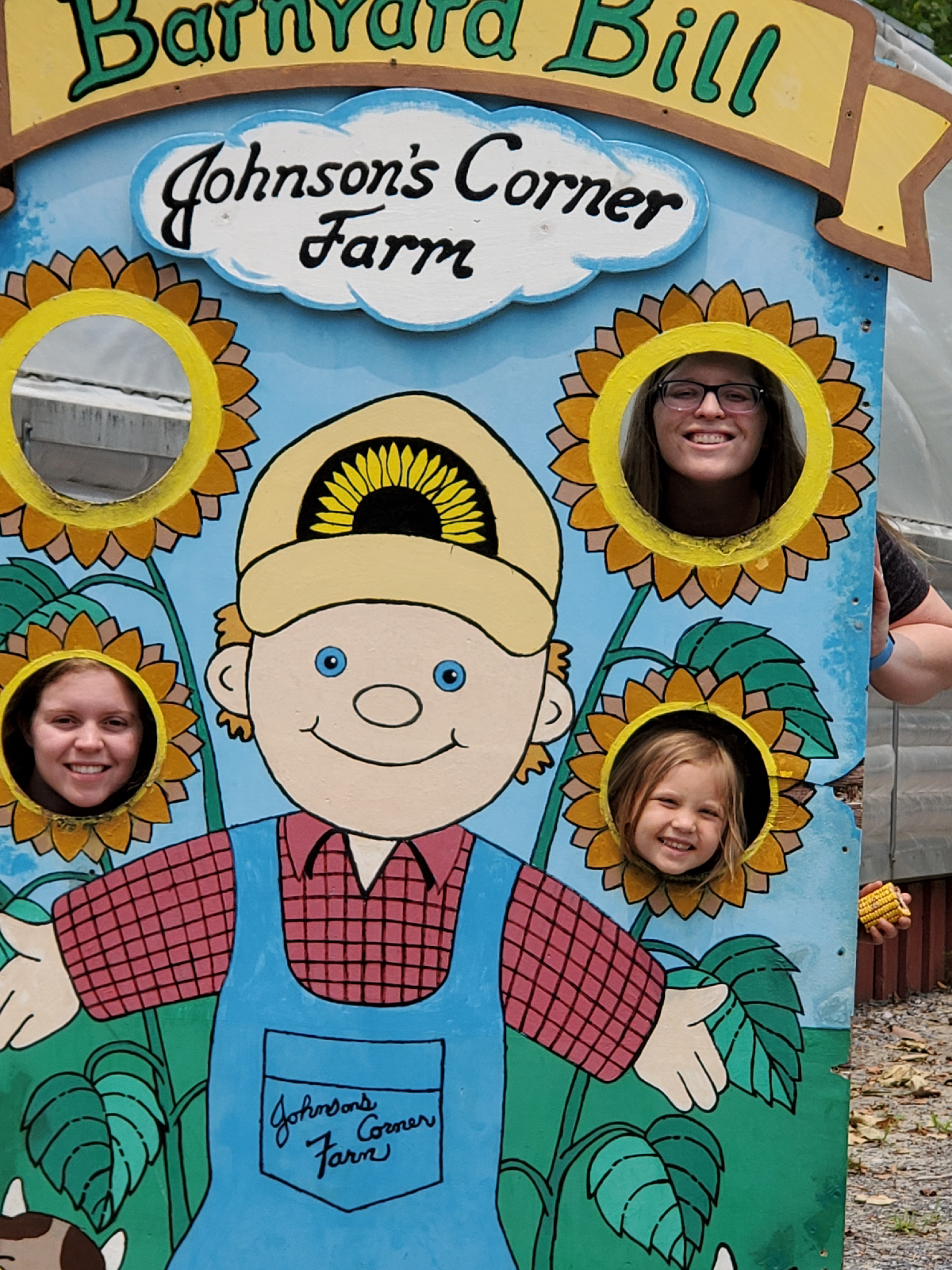 We finished up and then took Twizlet and Twizzler to the playground. They had so much fun! Twizlet got totally soaked in the splashpad and Teach and Crafty raced on these giant trikes. Crafty won, but to be fair, she had a running start. 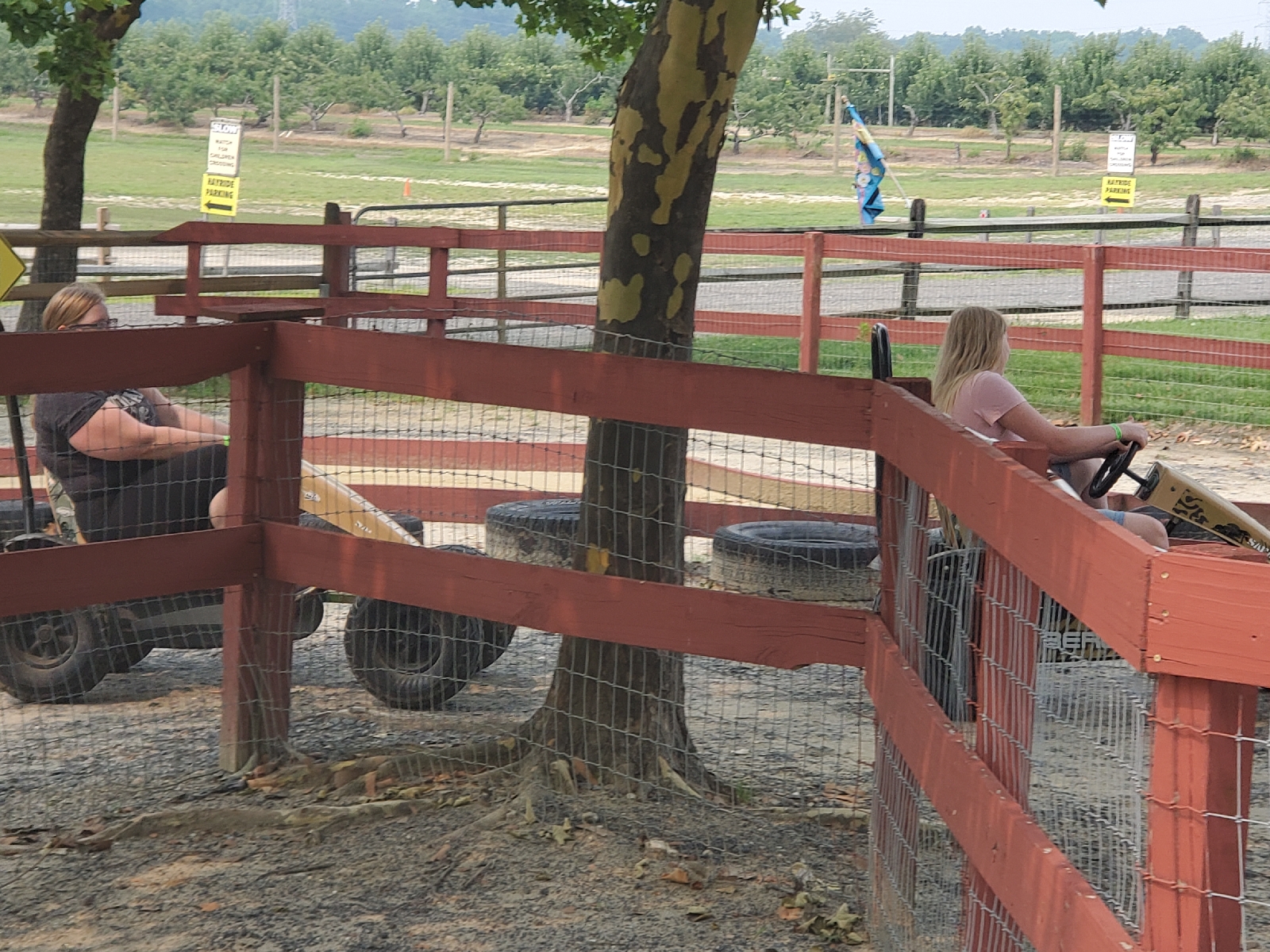 Our last stop was their ice cream counter. Twizlet had one of the best peach ice cream cones I have ever tasted. 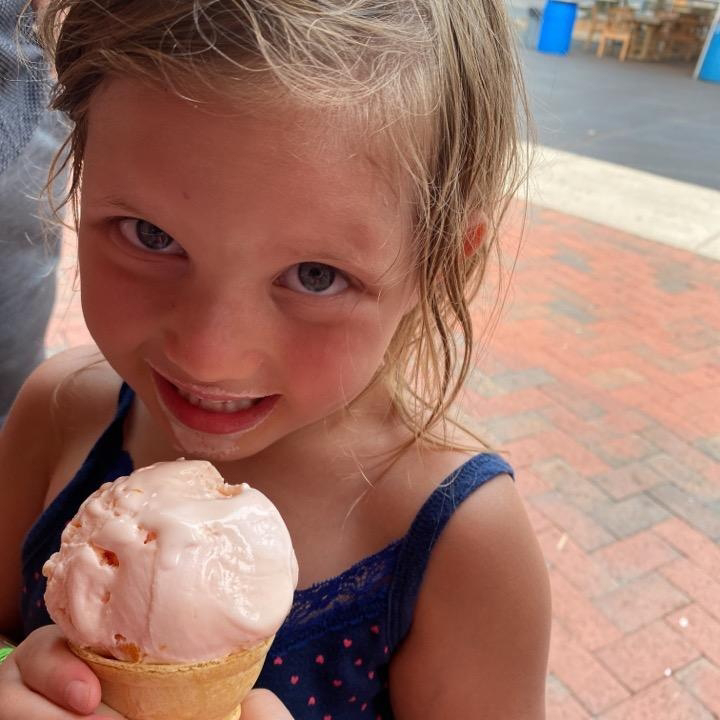 When we first got there, Teach talked on and on about the amazing blueberry peach parfait. It was everything she said it was... layers of soft swirl ice cream and blueberry peach pie. Not kidding, actual pie! 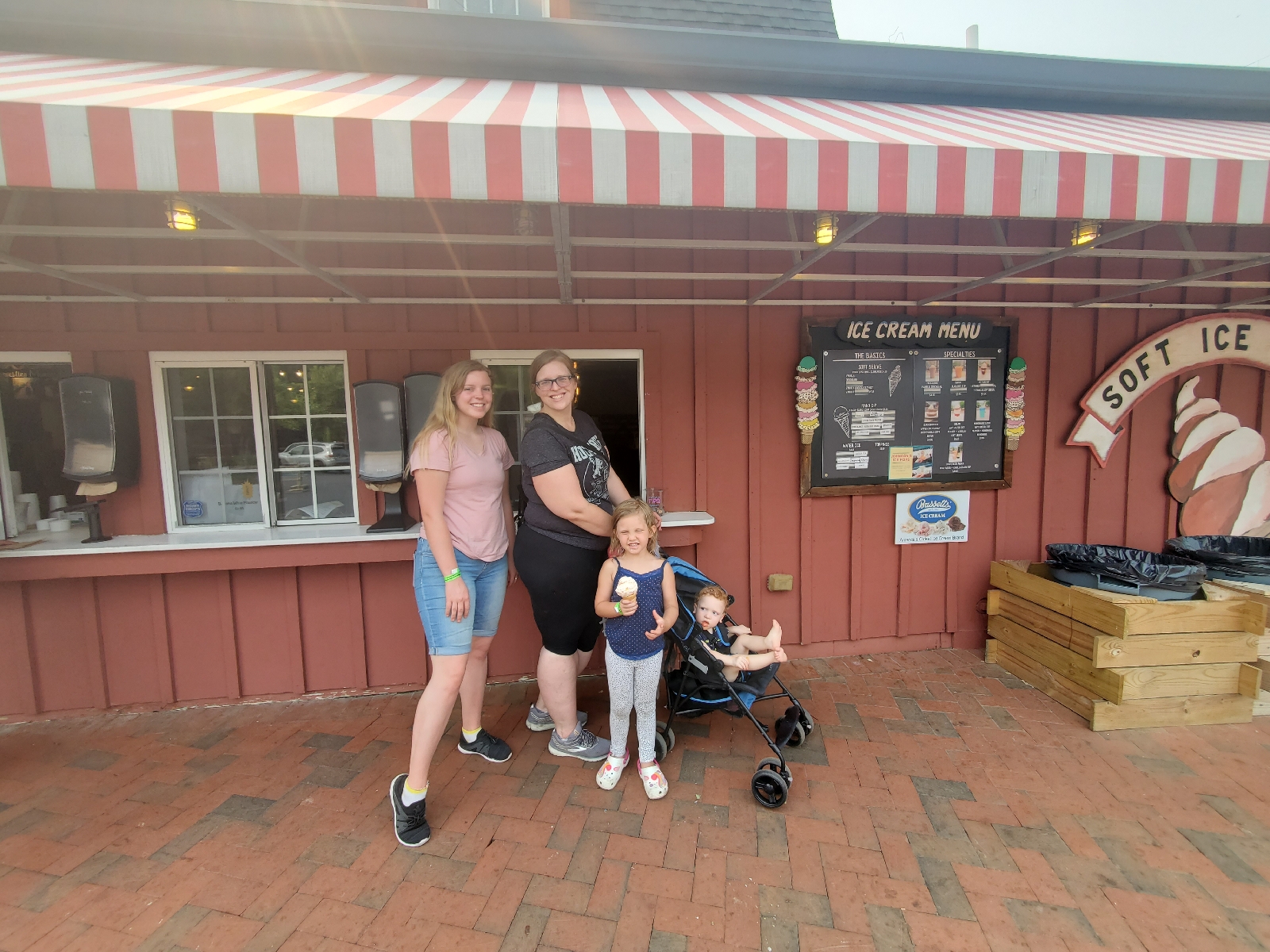 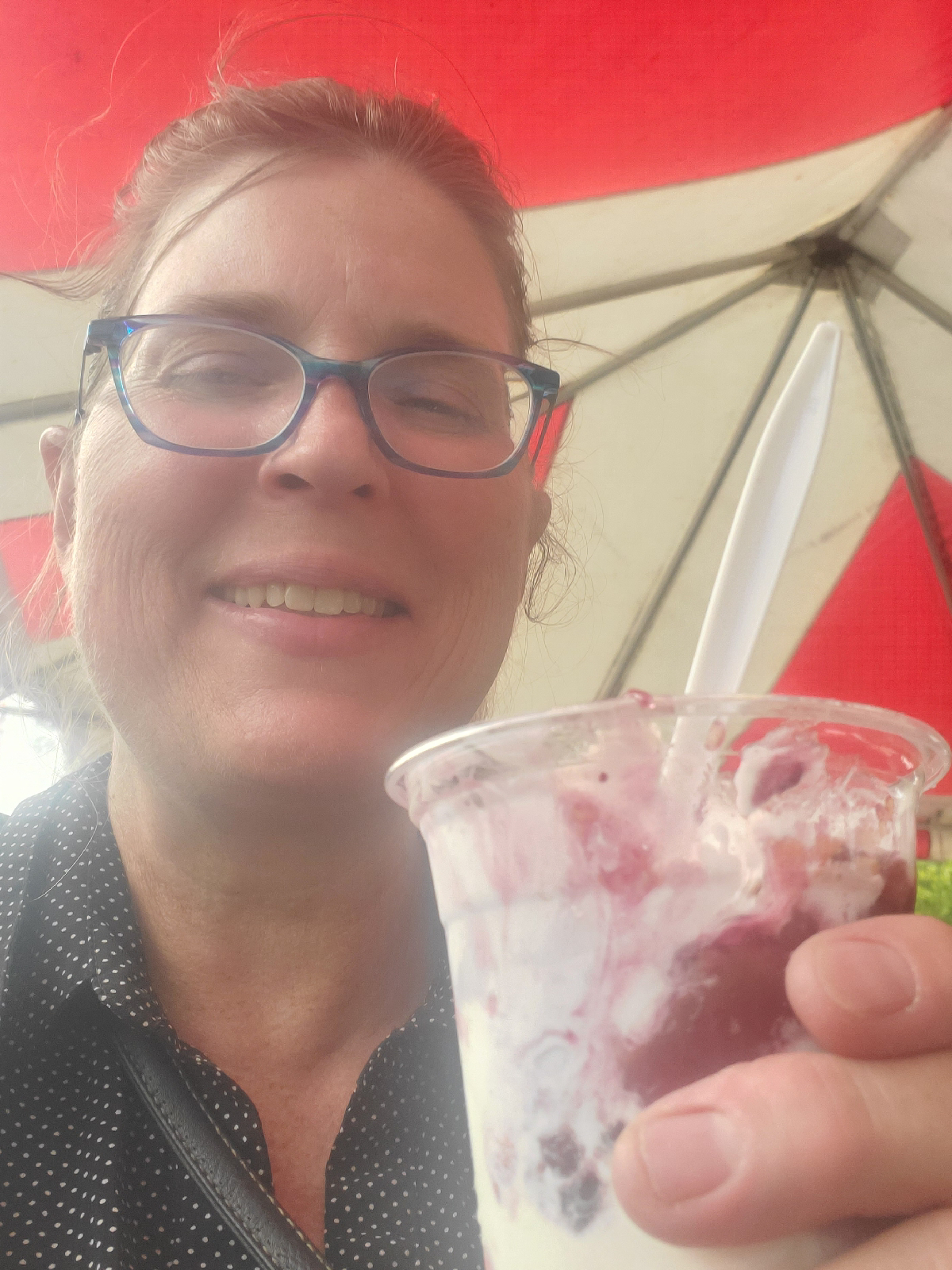 Then it was finally time to say goodbye. I can see why Teach bought an annual pass to this place, and we didn't even go on the wagonride. 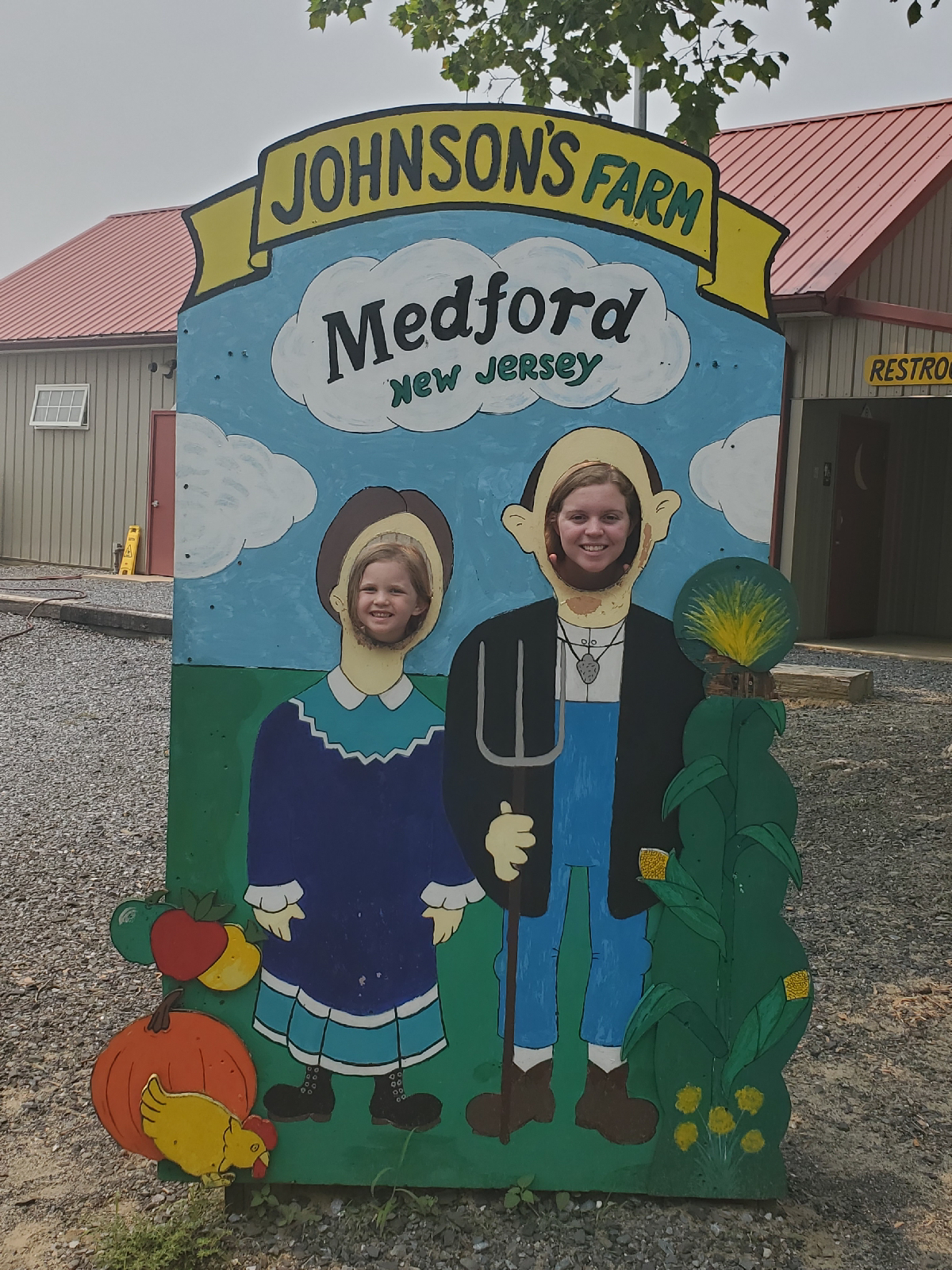 Monday was a great day to get some laundry done, to visit and just hang out around the house. Twizlet had a Princess Dance Camp, so she spent a couple of hours at her studio in the morning. Teach did a little homework, and Twiz went to work in Philadelphia. 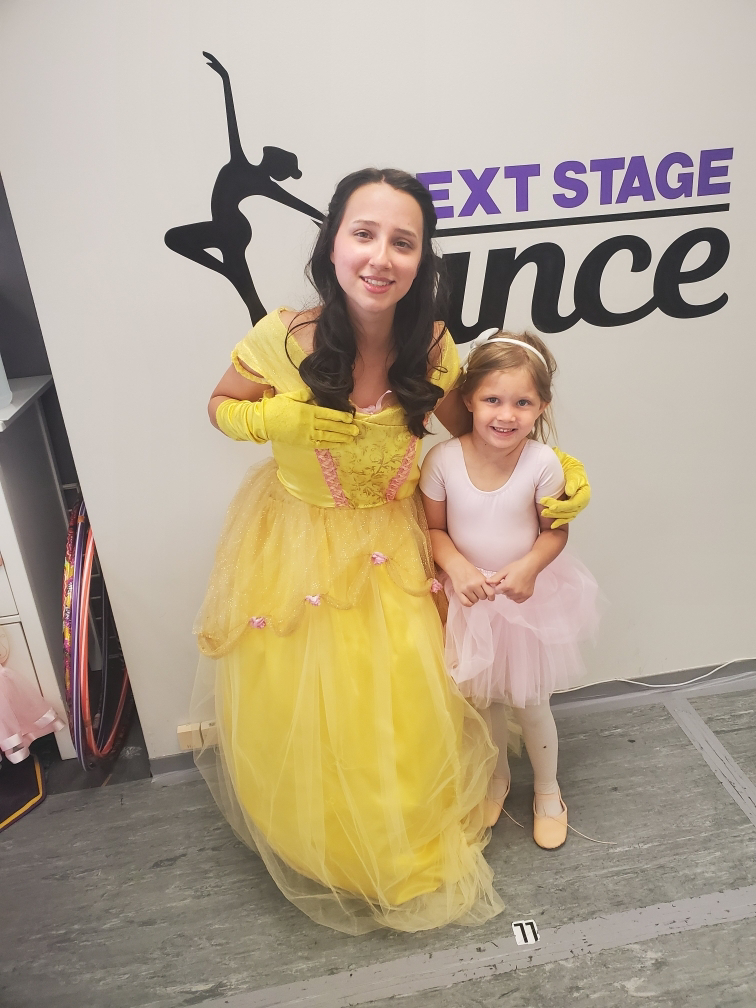 Then Teach and I did a little grocery shopping at the Acme while Crafty watched the kids at the house. I love seeing the difference in prices and products when I travel. I even bought a few fun treats to take home. 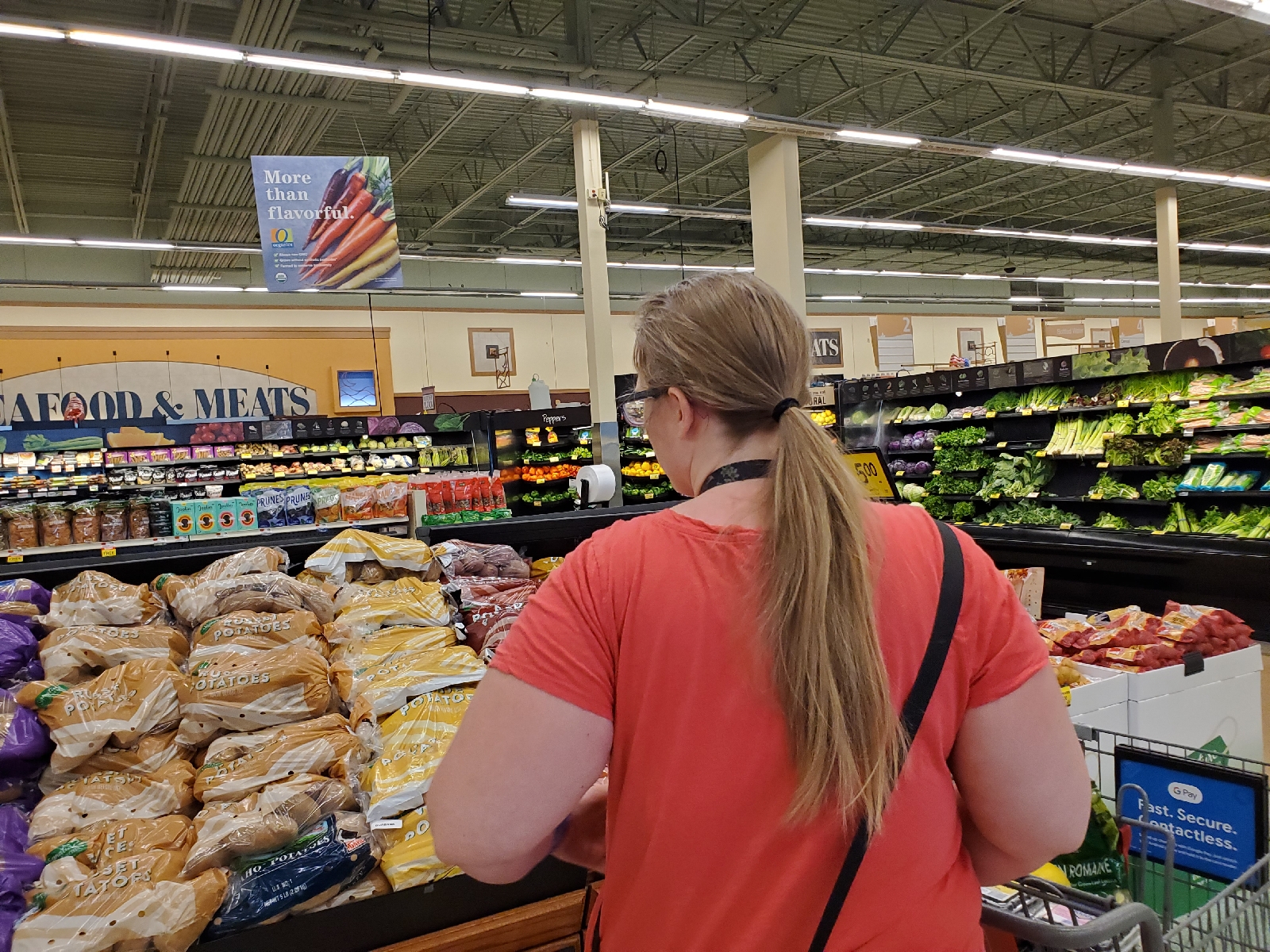 Then we used some of that yummy food we bought and had an amazing dinner. A little later in the evening, Teach suggested we go to Rita's and get a gelati. Now I have never had a real gelati and I was pretty excited to try what sounded like an amazing new treat. 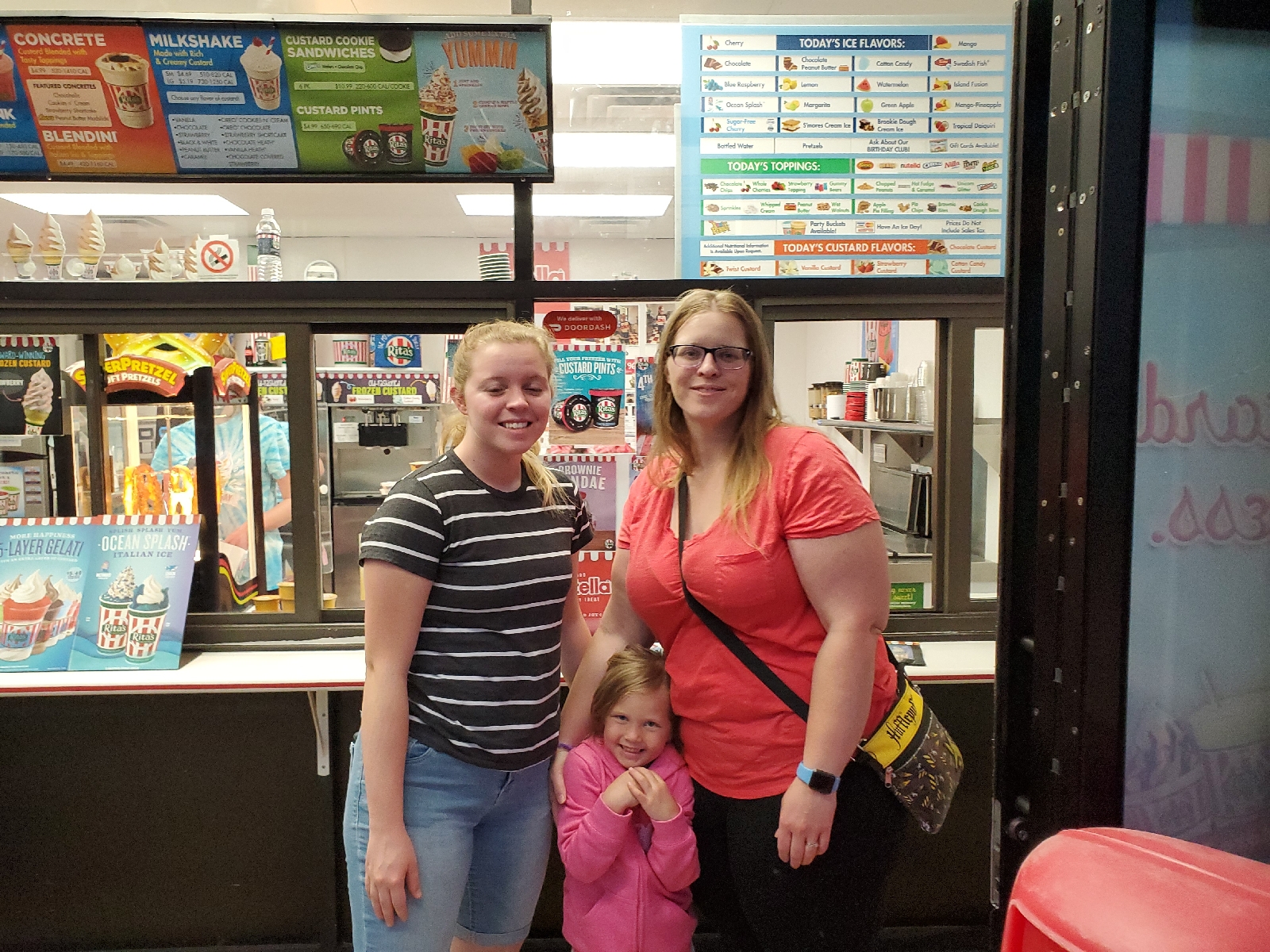 The drive was short and we got out of the car to place our order. I saw a sign that said "Five Layer Flavor" and that sounded perfect to me. 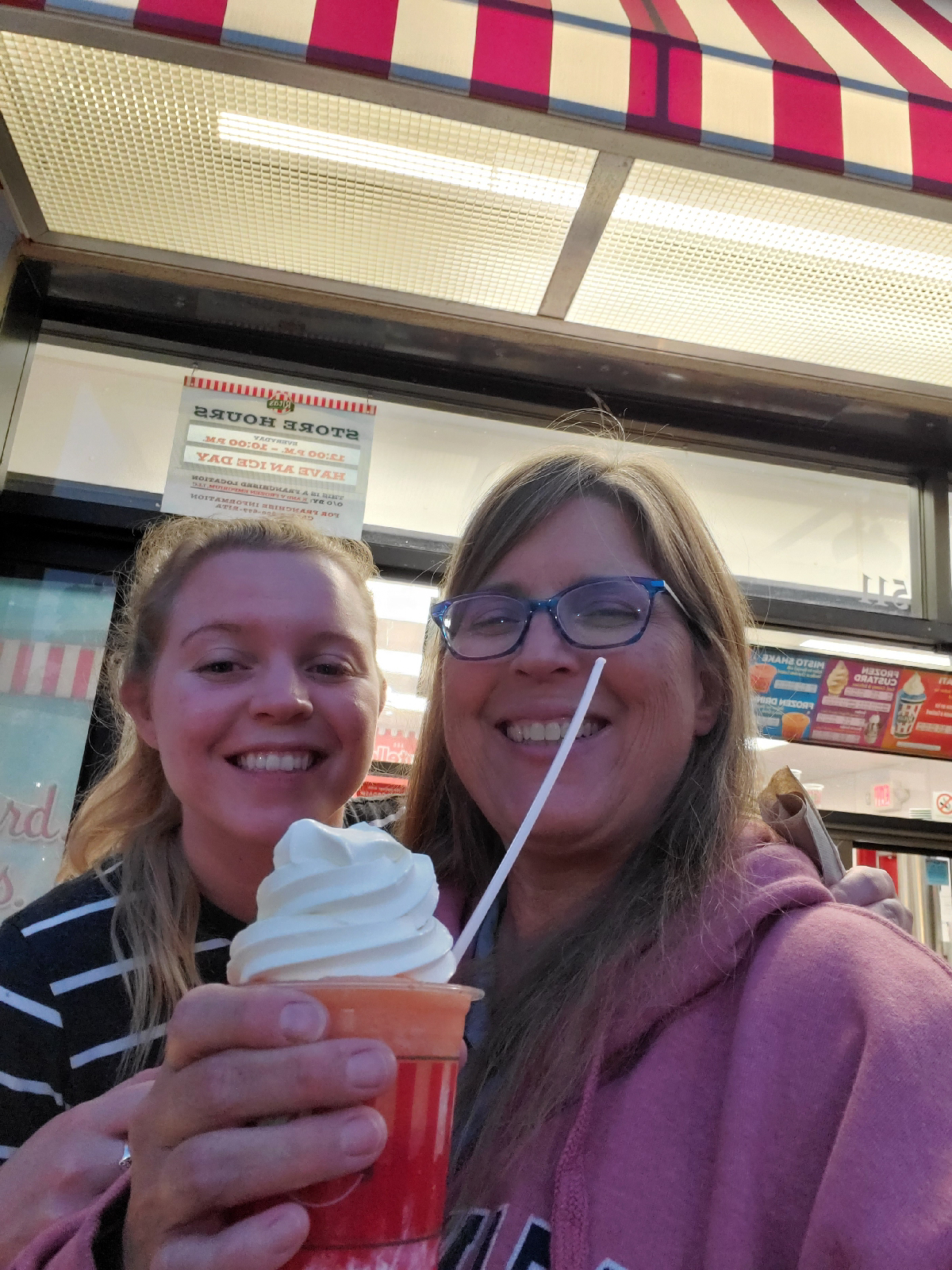 Traveling as Two: Day of Rest

Somedays I feel pretty old. Sunday was one of them. We attended church and then just took a down day. We finished the puzzle. 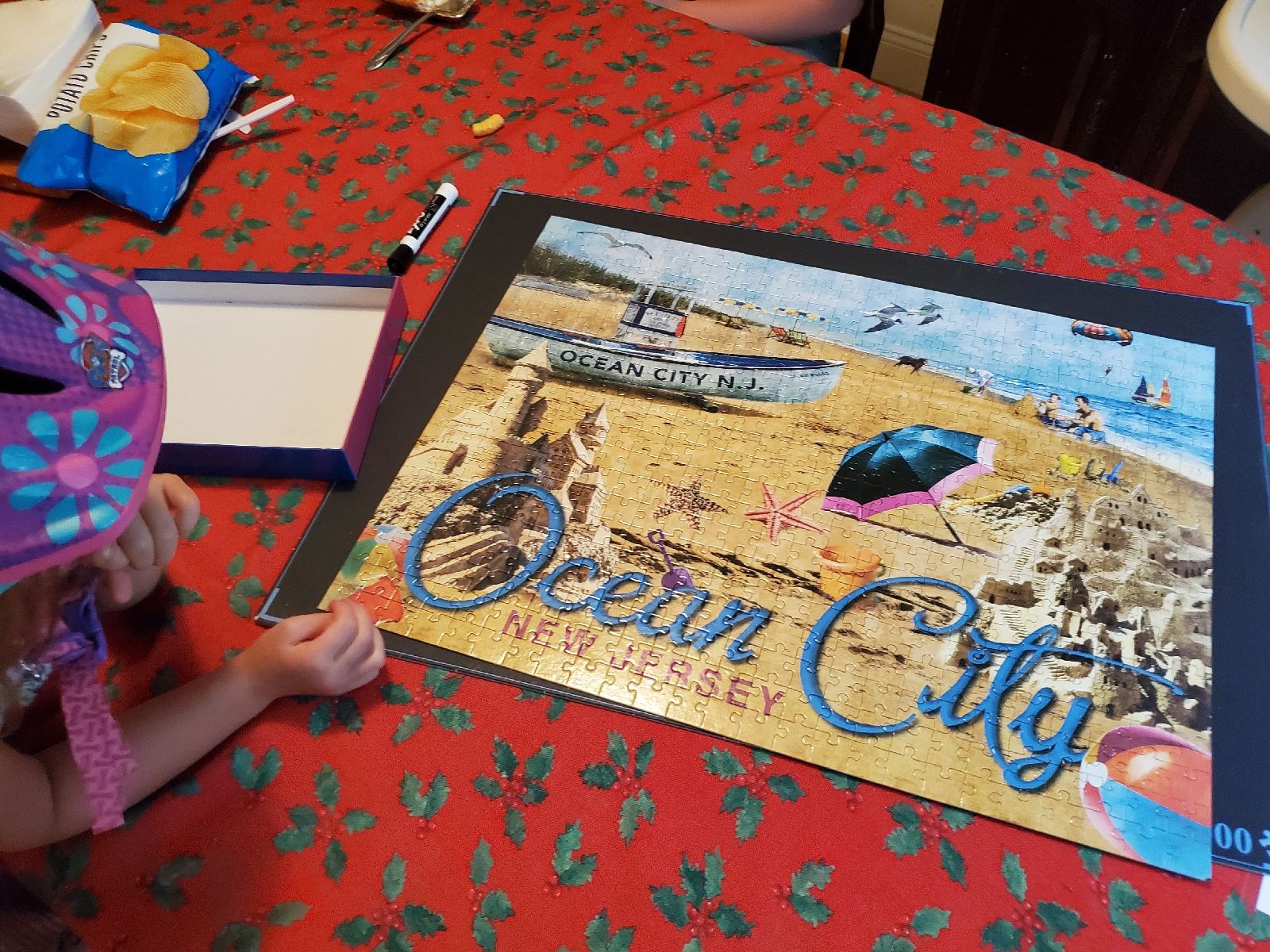 I watched the Court of Honor for Sport and Curly via Facebook live. (Sorry for the screenshots.)

Curly received 10 merit badges as well as his Star and Life ranks.

So proud of these guys and so wish I could have been there! I booked my flight on the road and without the benefit of my calendar...

Thankfully, other family members were there to support. Burrito earned his Tenderfoot and Taco earned his Star, but he was stuck at work.

Great job! Love you all.