It Was a Good Day 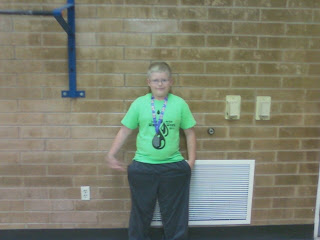 I met with the surgeon today. After looking at my ultrasound, and poking around a little bit, he suggested that we do the gallbladder surgery tomorrow. Since I have been feeling pretty uncomfortable, I readily agreed. He said I would be an add-on so the surgery would be in the afternoon which made me happy since Curly is graduating from preschool in the morning and I didn't want to miss it. 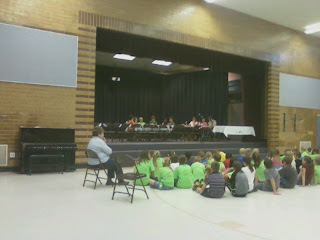 Unfortunately, when the call came in from scheduling I have to report at the hospital at 10:15. Graduation is at 11:00. After shedding a few tears, I called Curly in and we had a long talk. He was disappointed at first, but when I told him the Dog Walker would come and maybe even Gym Rat he decided that would be OK. And the guys have promised to film it for me so I can watch it when I get home. 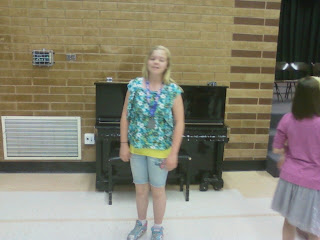 After my appointment, I headed for the elementary school. Sport and Crafty were both competing in the EBOB tournament today. EBOB is a reading program sponsored by the PTA in a attempt to get the kids to read more books. Each class was given a reading list of four books and then they participated in a contest similar to a spelling bee.

I got there a few minutes late for Crafty's 6th grade group and they were nearly finished. She placed 2nd. Then I waited around for half an hour for Sport's class to begin. Because they had 10 participants, they went through two rounds of questioning. He did very well in the first round and half of the kids were eliminated. The second round was a buzzer round and by the time they were finished, he also placed second for the 4th graders! It was a good day. 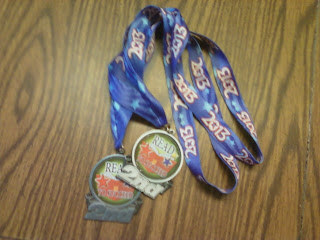 Other great things happening include Gym Rat finishing another class with an 18% above passing score! It was an accounting class and he was really excited to be finished with it. He is completing his BS in Business Management at Western Governors' University and he only has one more semester after this one. (He also told me he was moving out this weekend, which I wasn't necessarily that excited about, but I thought you might want to know. He has a friend moving back from CA and they are going to share an apartment so that's probably a good thing. He doesn't want to be living in our basement when he is 30, but we will miss him.)

In other good news, Princess was selected as a member of the National Honor Society, something that none of my other kids have aspired to do in high school, so that's cool.

Curly made two awesome hits in his baseball game today and Scout scored her very first run in her softball game (it was also the only point her team scored tonight).

Other than the fact that I am having surgery tomorrow, I'm uncomfortable and a little nervous...

It was a good day.

Sending prayers for an easy surgery and a speedy recovery!