It started two weeks ago. While driving to school, Gamer turned the corner and the ball joint gave out on the truck. The front end hit the tire and the truck came to a horrible stop. Fortunately we decided to pay for road-side assistance so it was easy to call our insurance and arrange to have it towed to our wonderful tire guy, Clayton. They kept it over the weekend and it was a pleasant surprise Monday when the repair was much less than expected.

A couple of days later, Gamer noticed a strange rattling, so he took it back to Clayton and was told there was something wrong with his exhaust and the welds were suddenly breaking. It was another Friday and I begrudgingly called our mechanic to schedule to bring it to him on Monday.

On Gamer's way home from work on Saturday, the truck suddenly stopped and died. Fortunately it was as he was turning onto our circle. He tried to restart it, and finally pushed it off the street on the side of our house. On Monday we called the mechanic and rescheduled for him to come by rather than the truck come to him. The soonest he could come out to our house was Tuesday afternoon. We hid the keys on the truck so he could have access while we were at work. Around 5 pm the call came, the engine had no oil and the motor had siezed. We could rebuild the engine ($4k) or find a used engine ($3k). The truck was deemed un-driveable. Gamer didn't want to make a decision without talking to me so he told the mechanic we needed to talk about it first. 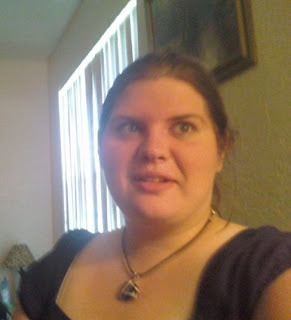 After I got home we drove to our favorite car dealership to walk the lot and see our options. We couldn't find anything cheaper than repairing the truck. We also realized the value on trucks had risen since we purchased it. We looked online and our truck was worth about 3k more than we paid. We decided we would fix it.

In the morning, we scrambled to get everyone to work and school with one car. Gamer commented about how the truck was already gone and who told the mechanic we wanted to fix it? We tried reaching the mechanic to get more information about the repair, but it went to voicemail. I called Mom and Dad to see if they had talked to him already. Around noon we finally heard back, and the mechanic hadn't picked it up. Suddenly we realized the un-driveable truck must have been stolen.

Ok, who leaves a story like that in the middle? I had to call your dad to find out what happened!

Holy cow girl - now you have me waiting on needles and pins!