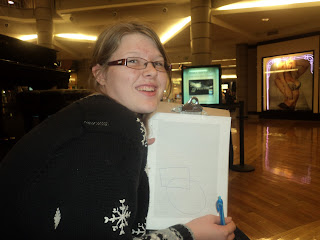 Did I tell you that Princess and Prima Donna are going to summer school? That's right...at Salt Lake Community College! Yeah, I know, my 14 and 16-year-olds are going to be college co-eds. A little crazy! 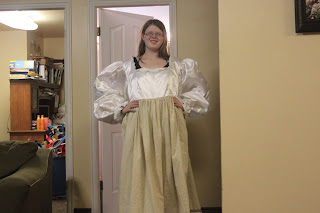 We started the paperwork for early enrollment a few weeks ago. I'm not going to lie, it was a PAIN in the butt. We had to have official transcripts, letters from counselors, but most importantly was the test. If they could place in English 1010 and Math 1010, they were enrolled.

I knew Princess would be no problem but I was a little worried about Prima Donna's math scores. She is currently taking Geometry, so she hasn't even had Algebra II yet. But she passed with flying colors so here we go.

The girls did the online orientation but before they could register we had to visit with an academic adviser. Since they were out of school today for spring break and registration opened yesterday, I thought we'd better get it done. We showed up at their offices just before lunch. After some quick talking, they put us on the list. I only had about an hour and a half since I had to take Curly in for his kindergarten appt at 2:00. 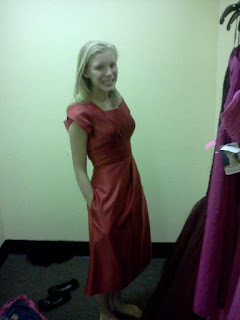 We sat around for a while and then they were called back. We requested our time together and that made it go a bit faster, but just a tiny bit. She insisted on talking with each girl separately. She was good at her job, but I got the feeling she didn't much like parents. Twenty minutes later we walked out the door with the final requirement met. And now they are registered for their first college classes!

Everybody is just growing up so fast!

I've never really understood this. Help me know exactly what benefit early college enrollment provides? Why would you want a 15 year-old competing with college students? Will they really "get" content in the same way they'll "get" with some maturity?

Are the classes free or on a running start program so your daughters will graduate and have an associates degree thus saving you loads of money???????? we have running start program here, our only child completed and graduated from high school one day and that Saturday got her aa degree highest honors, also 3rd in her high school class, she was bored, got a ride from a gal who barely graduated from high school let alone did anything at the junior college..Now they are charging a lot of money to attend the running start program..when our daughter was at a university completing her many b.s. degrees and minors too, she said the running start kids were a big pain, exposed to lots of terrible college students, drank a lot, smoked marijuana and did unsavory actions, she worked for the university and did not think they should have allowed those young kids to go nuts, some even got pregnant in their time spent there at that fine university!!!!!!!!!!!!!!!!!

You are amazing and you have amazing kids. I think it is awesome that they are starting in College.
Blessings to you and have a wonderful Easter Celebration with your awesome family.

Ok, so I guess I'd better defend myself to my little brother. In Utah, they have a program called New Century as I said in the post. That means that the student finishes their Associates degree before they graduate from high school. It's a great scholarship program that allows kids to use an academic scholarship plus this one from the State of Utah that is a stipend that varies but is right now about $1250/semester. Teach and Drama Queen both earned that scholarship along with their academic scholarships and Teach finished her college education without any money out of her own pocket, just plenty of hard work. Drama Queen did acquire a little debt because she chose to live away from home and she also had a double major and it only pays out for 4 semesters. Many of these college courses can be done through concurrent enrollment and AP classes, but not all. My girls want to start this summer because they have time and because it will spread out the amount of work they have to do. They are taking all online classes so they won't be interacting with other students. Both girls are 4.0 students and very bright. I do believe they can do justice to the coursework and learn just as well as someone a bit older. I don't push my kids forward, but I don't stand in their way either. I'm pretty sure it's no surprise that we do not have college education funds for any of our kids. They have known since they were little that we would pay for missions but they would have to pay for college themselves. Scholarships are a good way to do that. Besides what else are they going to do all summer? Sit around and play video games?
Love,
Sandy

My high school/university offered something similar. We could do concurrent enrollment at the university for $50 per class vs. $132 per credit if we were in the top 15% of our class. If we went on to graduate in the top 10% of our high school we would receive $8,500 (I think it is up to $11,000 now) for any school in state. The amount was broken into semester payments but it allowed me to not go into debt! In that instance it was definitely worth it to do concurrent enrollment.