When I was serving at Kauri Sue that other day, I looked at the calendar of what will be happening throughout October. When I looked at the 30th of October, I noticed that the seminary principal has planned a Halloween party in the seminary. He was saying that on that day, they'll be having a party where the teachers and the missionaries are going to be wearing their Halloween costumes.When the seminary principal told me about it, I wasn't quite sure what President Happy would think. So then I wrote one letter to him and asked him this way.

Dear President Happy,
It's been a while since I've got to write a letter to you, and since I did that other appointment with you last week. I just wanted to tell you that the mission is going great. The students at the Transition Academy really like it when I come to their class for one day and share with Sister Awesome about each of the Prophets, the Twelve Apostles, and many others. I even tell the students at Transition some analogies that are related to the lesson on the prophets and apostles. I'm blessed to be serving at Transitions, because it helps the students to feel the Spirit there.
There is one thing I like to tell you about that is going to happen in the Kauri Sue Seminary. Brother Cool, the principal of Kauri Sue seminary is planning to have a Halloween party on the 30th of October with the students around and his assistant teachers there. He says that missionaries are allowed to come to the party and be dressed in their Halloween costumes. I just wanted to ask you if it would be okay if I can go to the seminary, all dressed up in a Halloween costume. I'm planning to be a Sleepwalker for Halloween and I already improvised on it. I know that you have a policy that missionaries are only allowed to be dressed up in their Sunday best clothes, but Brother Cool said it would be cool if I came to the seminary all dressed up. If you're not comfortable with that, then I understand, I can just go to seminary in my suit, along with a Halloween tie. I hope to hear back from you soon.
Elder Dog Walker 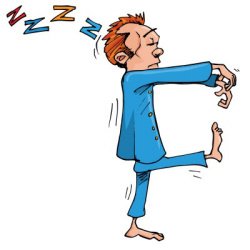 He then gave the amazing response that he gave me.

Good Morning, are you up this early J  I am glad to hear that the students at Transition Academy really like it when you come to their class and talk about prophets and apostles.  Yesterday I was in a meeting with 10 of the 12 apostles.  It was a really great meeting and I learned a lot.

Like Brother Cool, I am also comfortable with you going to the Halloween Party dressed up.  I think a Sleepwalker would be sweet!  Have a fun time and keep up the great work.

That's great that President Happy is okay with you dressing up for Halloween at the seminary! I hope you get to have lots of fun at the Halloween party and that the students there enjoy spending that time with you!! Make sure you (or your mom) post pictures of your sleepwalker costume! I'd love to see how you dress up!!