I was so excited to hear from Sierra at Smile Brilliant! Last time she emailed me my daughter had the opportunity to try out their amazing teeth whitening system. She was so pleased with it that one of my other girls actually asked for the system for her birthday so her teeth could be amazingly white as well.

This time they had a brand new product, the cariPRO Ultrasonic electric toothbrush. Sierra needed someone to give it a try. I’ve never been a fan of electric toothbrushes. I have a tendency to gag when I put things in my mouth, even a regular toothbrush, but my sweetie uses his old Philips Sonicare religiously, so I asked him it he would be willing to try something new. 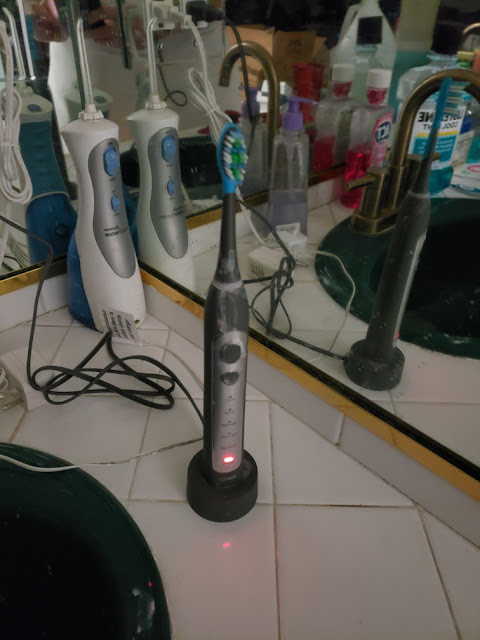 Now I have to tell you a little about my sweetie. First of all, he has been using his Philips Sonicare since he worked for Philips back in the last century. He is slow to change, and when he finds something he likes, he sticks with it. (Maybe that is why we have been married for 36 years.)

I don’t think he was expecting much when he agreed to try the cariPRO, but he dutifully let me take his picture.

I am happy to say that he was pleasantly surprised! From the very first moment, he could tell that the brush had more power and that was a huge selling point for him. He liked the sleek design and the way the brush slipped into the base and the way the base sat on the counter. There was never any worry that it would tip over, even if at first glance it appeared to be top-heavy.

But his favorite part (next to the extra power, of course) were the brush heads themselves. In his words, “The brushes are the best I’ve ever seen on an electric toothbrush.” 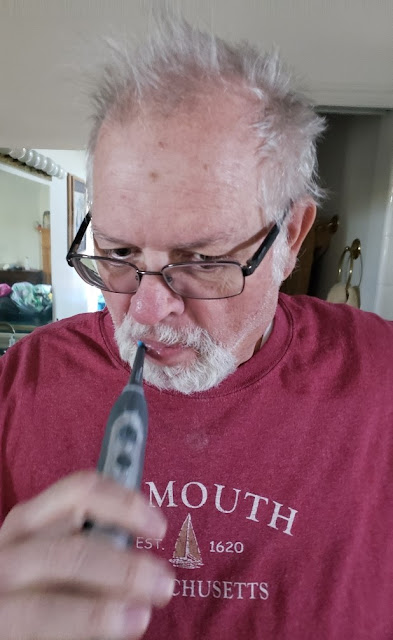 He only had a couple of slightly negative things to say and they were mostly personal preference. He didn’t see much use for the gum massage feature, but then he is not the sort of guy to spend extra time standing at the counter with the toothbrush. He does what needs to be done and gets out. That is why it is so important for him to have a good brush.

The other thing was that at first he accidentally changed the modes often without trying to, but that was not a problem after the first few times he used it. 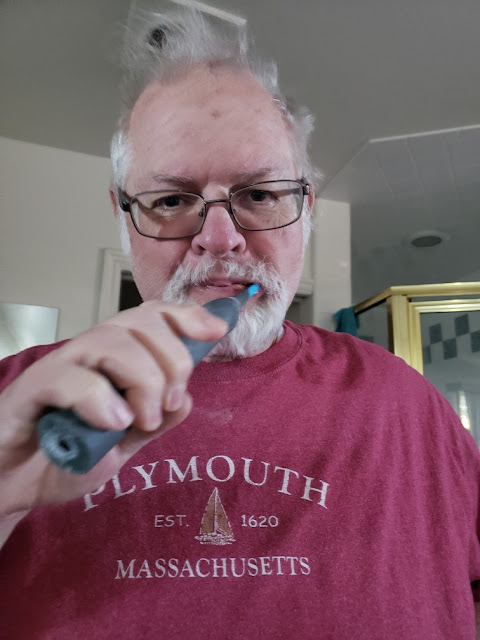 And finally, another direct quote, because he said it way better than I could summarize, “Overall, having used a similar product for years, I wasn’t expecting much difference. But I was surprised how much better it was. I’m happy to replace my Philips Sonicare with this…same ultrasonic cleaning, but better brushes and more power.”

OK, now for the part you have all been waiting for... drum roll please...
GIVEAWAY! For your chance to win one of these amazing toothbrushes, please enter by clicking here. Now if you don't win and you still want to try this awesome toothbrush, you know I can hook you up with a discount code. Simply log into the Smile Brilliant website and when you are checking out, enter the code:  20twelvemakesadozen to save 20%.