Have You Tried these Things? 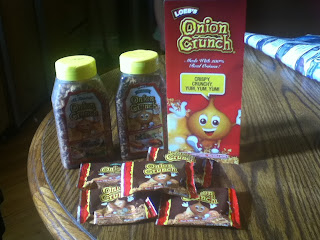 Every once in a while a company will approach me with a product and ask me to write a blog post about it. Usually I politely decline since I don't really want my blog to become one big commercial, but this one caught my eye and I will tell you why.

It probably sounds totally out of character for Princess, but she absolutely loves onions! She loves them prepared almost any way and she will also eat them raw. I just knew if Loeb's Onion Crunch tasted at all like real onions, she'd be hooked.

I waited for several weeks for the sample to arrive. In fact, when it finally did, I had quite forgotten about it. Since it was identified by the sender, I asked Princess to open it, making a big deal about it being a gift for her. She was definitely curious as she ripped at the package. When she finally got it open, she her eyes grew wide and she quickly pulled open one of the smaller pouches. 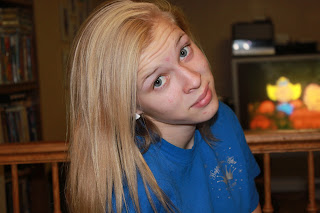 I know it's hard to believe but within 30 seconds, she was eating them like candy. She passed them around to the other kids and some of them tried them but most of them politely declined. Then her next comment was, "Hey, I can take these in my lunches!" And I'm pretty sure she didn't mean so that she could put them on a sandwich...she wanted to toss them down like fruit snacks.

They are pretty tasty little things. I was cooking hamburgers later that evening and just for fun, I decided to see if the crunchiness would break down if I fried them along with the burgers. They didn't; they were still delicious.

I was pretty impressed with the quantity of the gift until I saw them in the store today and realized that the big bottle was on sale for only $2. For that price you might want to give them a try. Princess highly recommends them.

Well there you go! I love stuff like that on my salads.

This sounds intriguing... I may have to pick some up at the store if I can find them.

Also, sorry to scare you with my most recent post :) Sometimes a lack of chocolate is the scariest thing I can think of :D

Hmm, I'm not a big onion fan but my husband is. Might have to give them a try!

I will have to look into this one. I don't like onions very much; but snack ones might be worth a try. I do love onion rings.
Blessings and have a wonderful Thanksgiving Celebration.

I haven't seen them but they sound interesting!