Friday dawned bright and early (way too early...) and we grabbed a quick breakfast before loading everything into the van. It was a long drive home and we had to do it quick so that Curly could unpack and repack before jumping into the car with Sport to go ice fishing with their scout troop. Burrito and Taco were leaving a couple of hours earlier with the rest of the boys, so even if our boys got away at 3:00, it would be difficult for them to reach camp before it started getting dark. 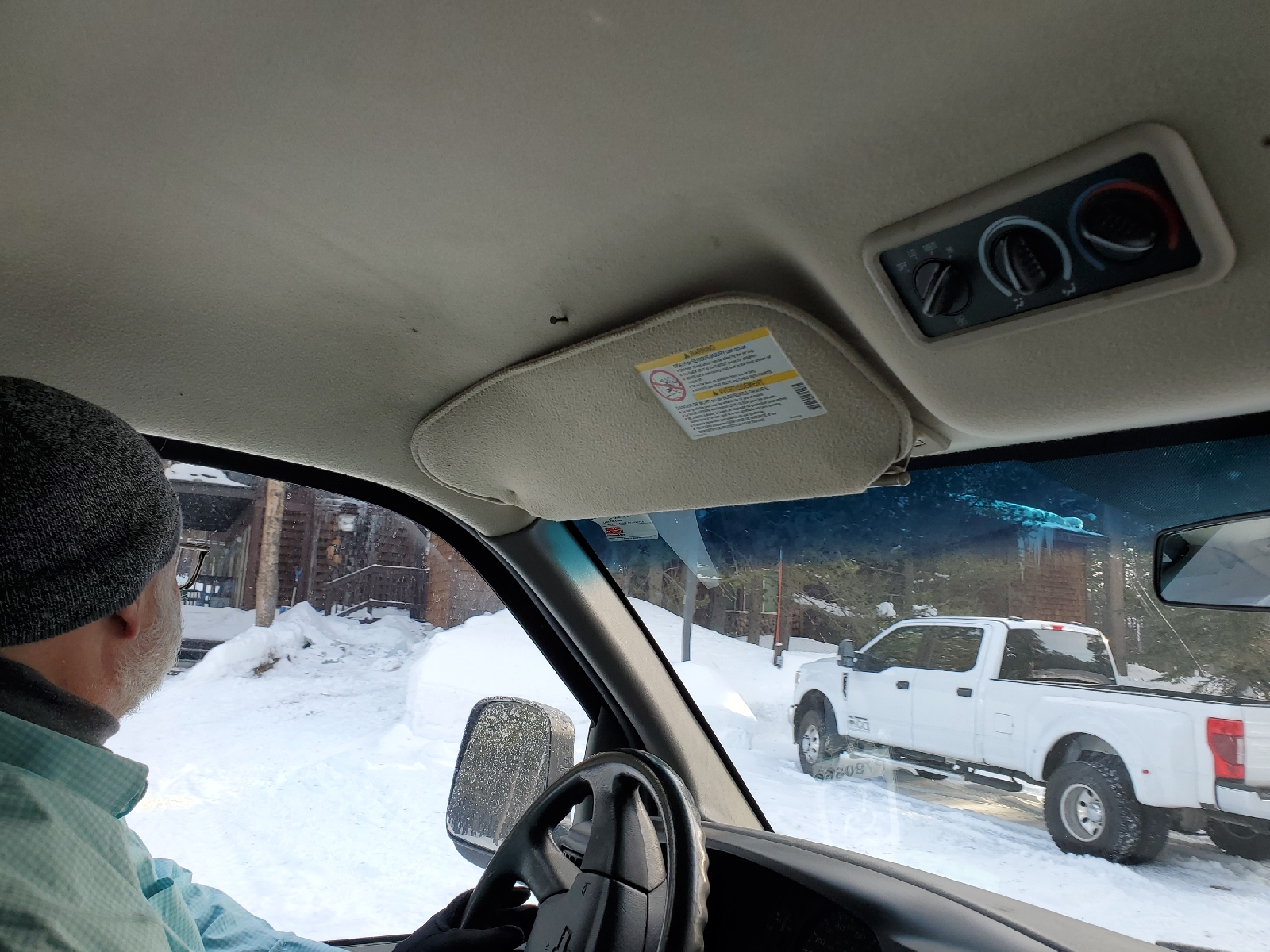 We were still traveling and even though we were a little sad to be leaving, we all agreed that we had so many things that needed to be taken care of at home that it was time to go. (Except for Scout... I think she would have moved there permanently as long as we had complete access to the pool and hot tub area.) 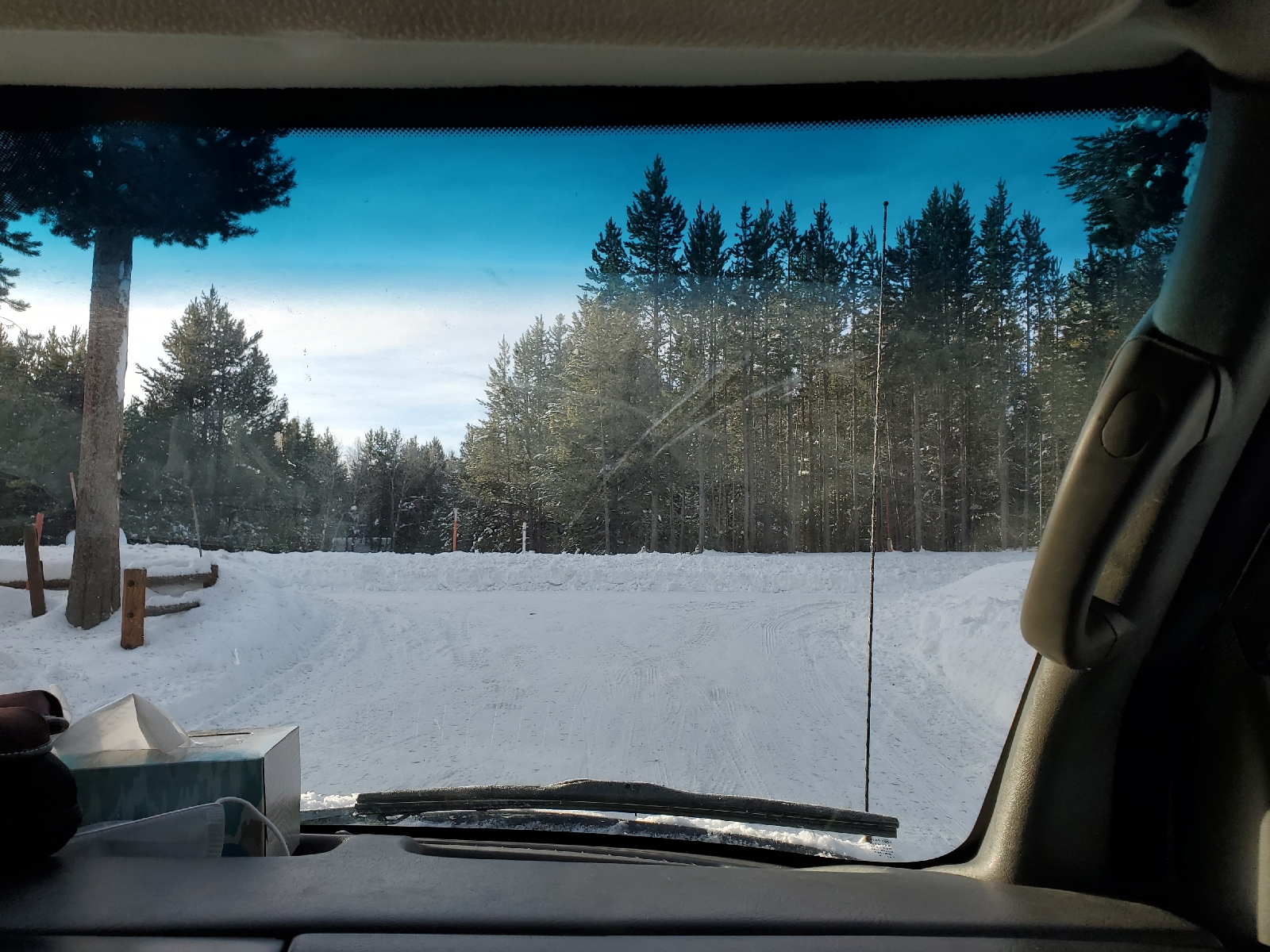 There was still plenty of snow in Idaho. We had not seen terrible snowstorms as was predicted, but we did have several new inches of powder and that made the ride home even more beautiful than the crusty snow we saw on our way in. 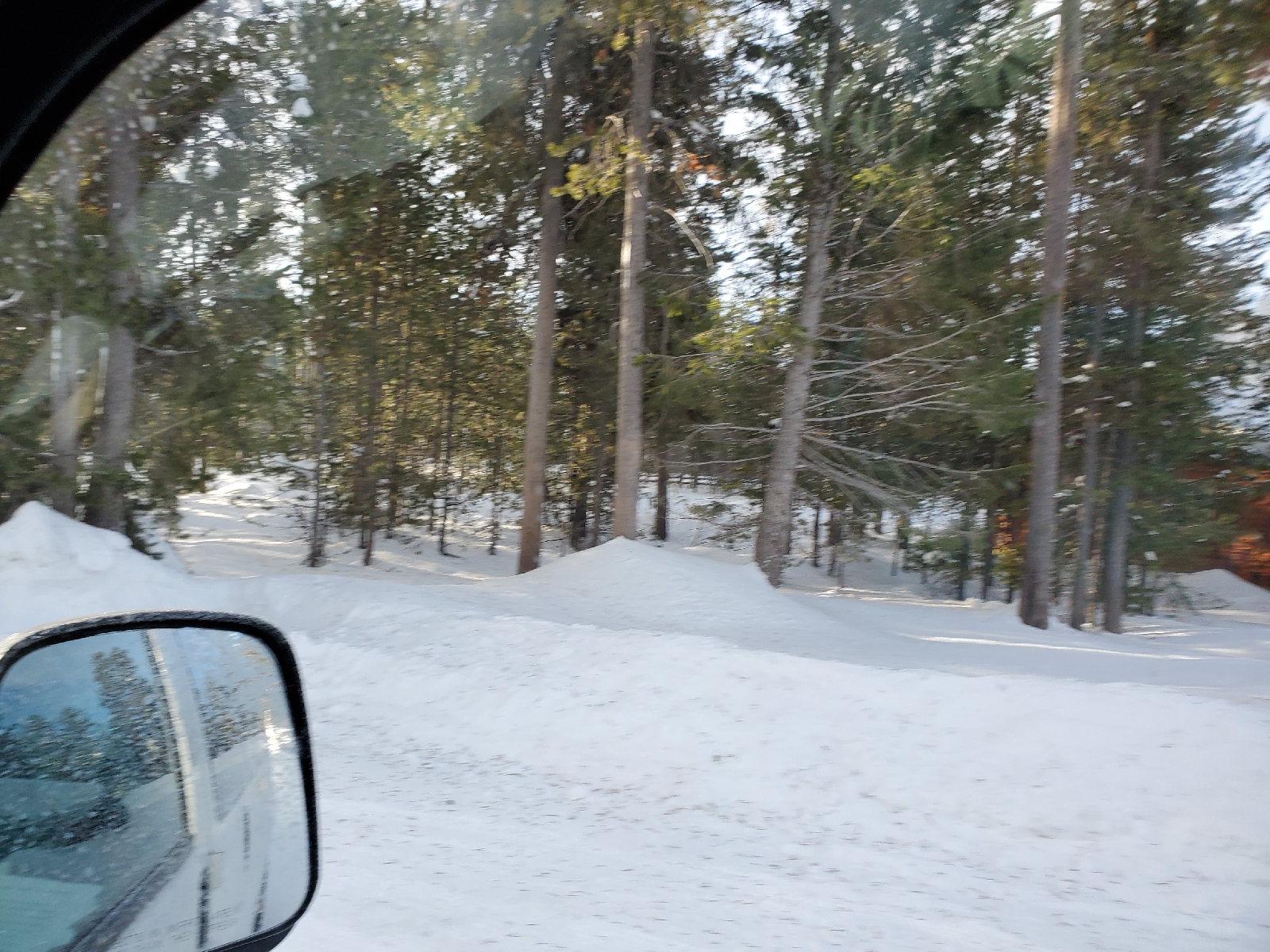 We traveled straight through to Idaho Falls where I begged my sweetie to stop for a few minutes. I was getting a little carsick and I needed some air. I was surprised and pleased with his stopping spot. Until this trip, we had never seen the falls in the winter. Much of it was iced over, but there were a few places where the water was still moving. It was bitter cold though and we didn't stay for long. 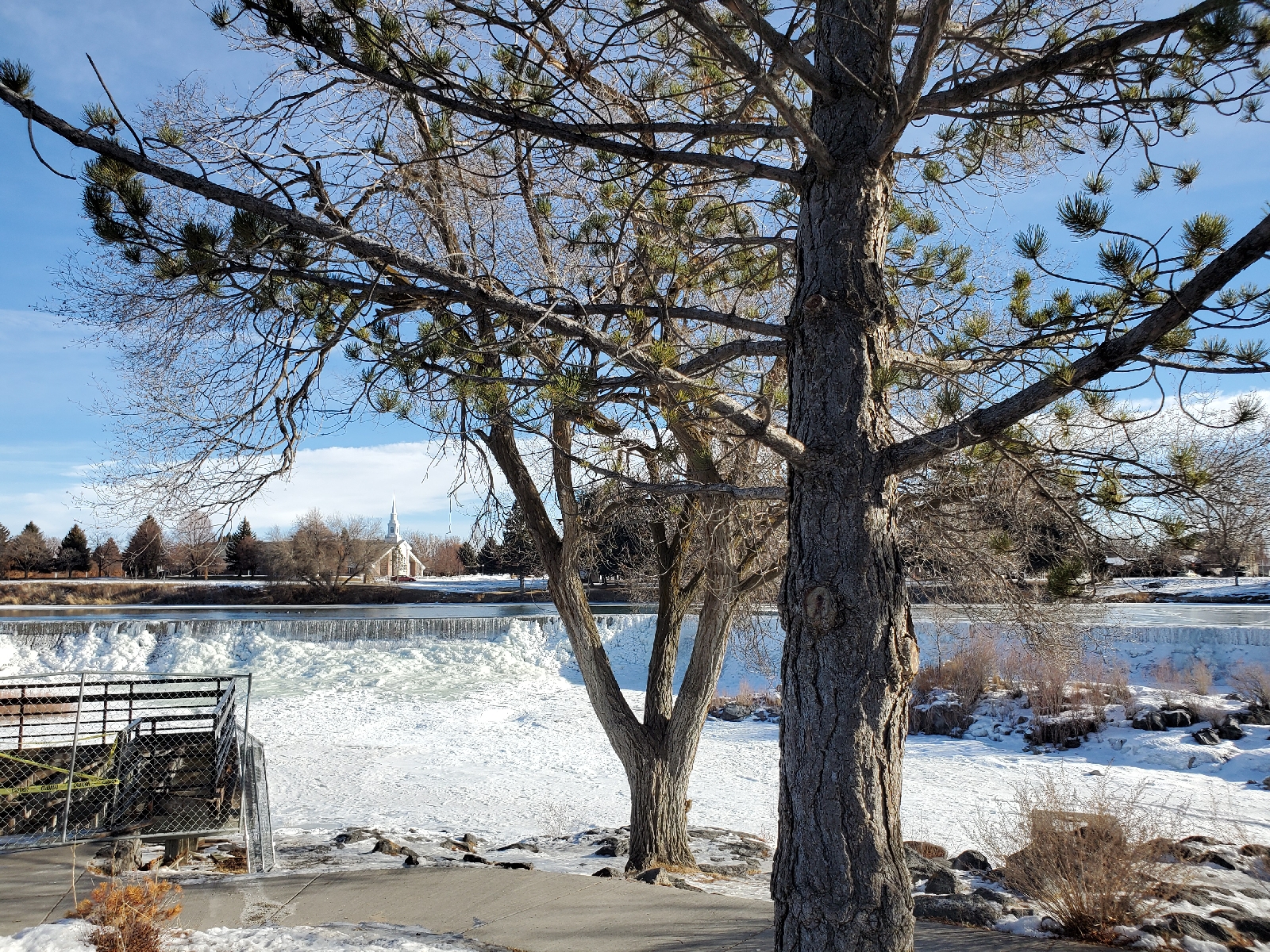 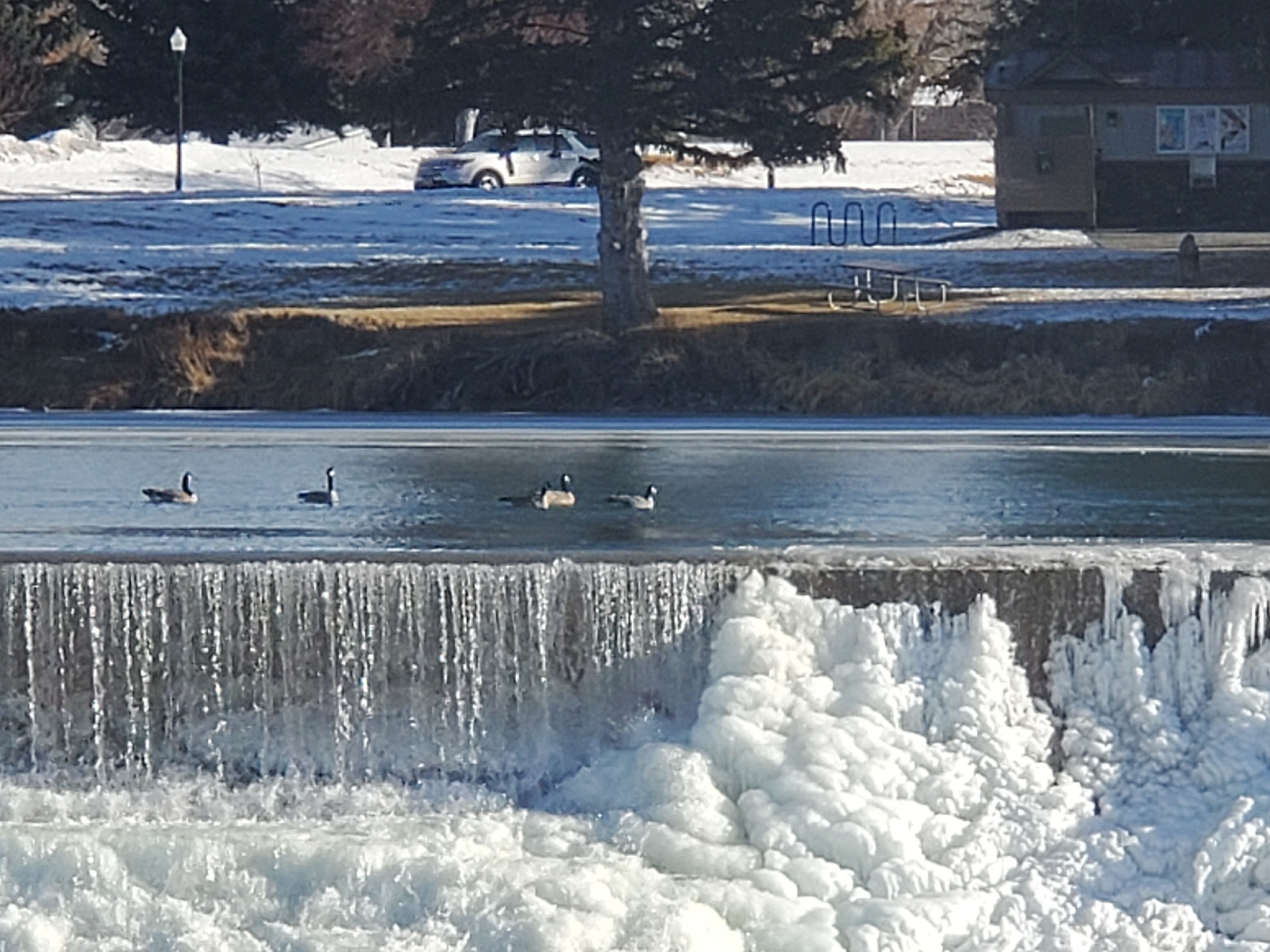 Another quick stop for lunch and we still made it home half an hour before we had expected. It was a flurry of activity as we got the boys all packed and out the door. It took us much longer to get things put away and settled. 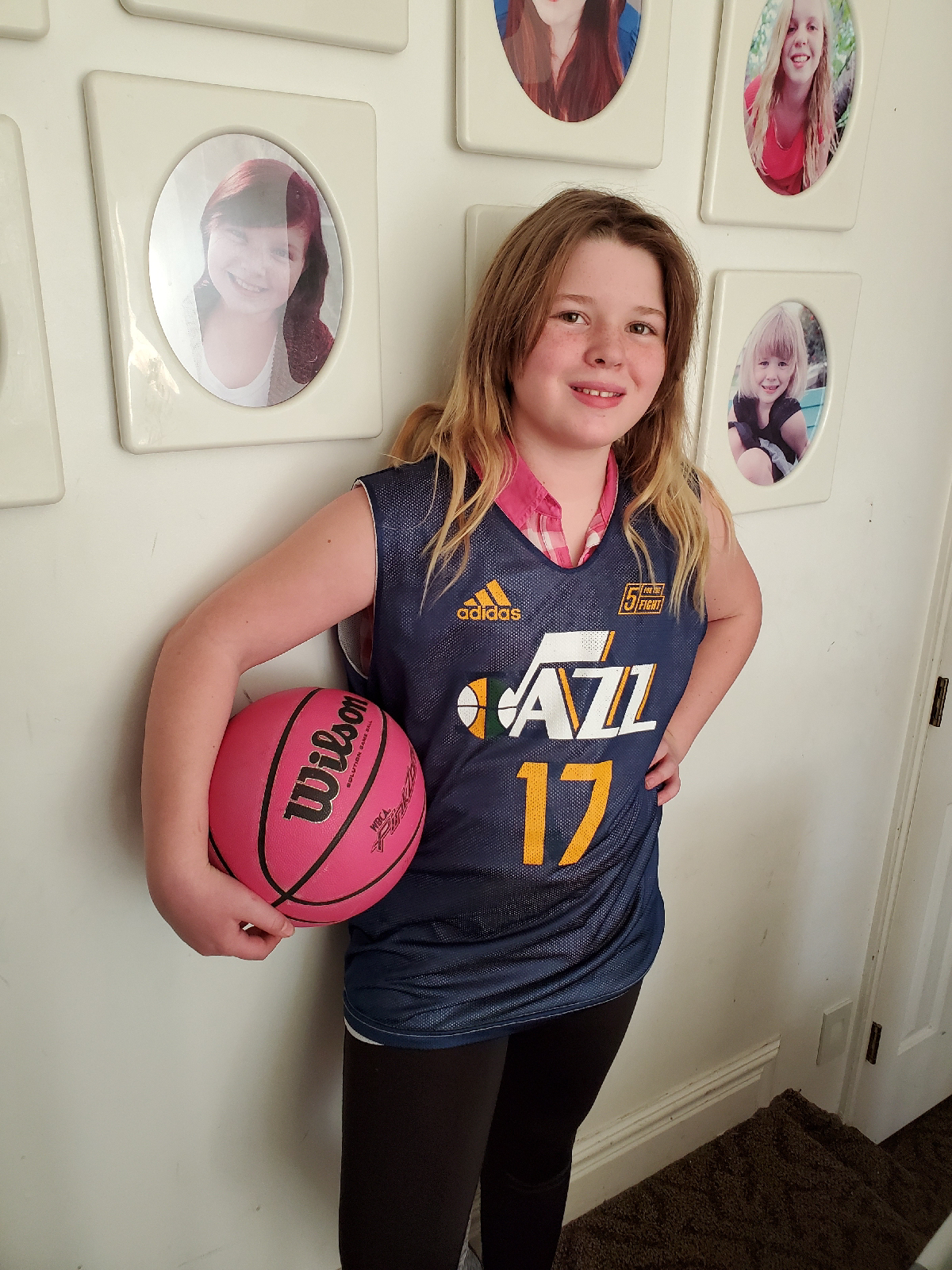 I love this nomadic life. We only worry about the basics, cooking, cleaning our tiny place, and spending time together. It was sort of like when we were first married. Things were so much more intimate and simple then. Maybe when all the kids are grown we can buy an RV and just travel around.

Do you think that sounds like me? Ten years ago I never would have thought so.

An RV? In your dreams! You probably wouldn't do it like Robin Williams did.

You have had a lovely trip. I am happy you found a place for the kids to enjoy the snow since there hasn't been much here this year.
Idaho Falls is a favorite place we like to go. Of course, one reason is we have two sons and families in this area. We love to go to the falls and especially in the spring and summer.
Happy you made it home safe.
I would love the RV idea, but that won't happen for us.
Blessings and hugs!