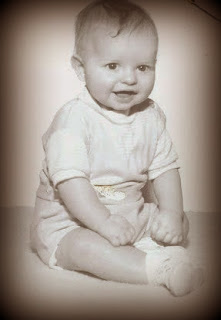 I love talking about my kids mostly because I’m the mom and I can brag about them all I want. But one of my hardest posts to write is about my sweetie. It’s not that I don’t want to talk about him…I just don’t want to get all mushy and squishy about it.

OK, let me tell you this story. So our elementary school has a silly little thing called Dads and Doughnuts for second-graders, and Sport just happened to be in the second grade. He talked about it for weeks! Dad was going to go to school with him in the morning with a backpack full of books. Then they would get a doughnut and some chocolate milk and snuggle up in the beanbags and read for about 45 minutes. The plan was perfect. Dad had the day off work because it was a Friday. They packed the books and headed out the door. As they began lining up, Sport looked around at all the other dads. Most of them were in their early 30s. He tugged at his dad’s hand and commented, “WHAT IF THEY THINK YOU ARE MY GRANDPA?”

Poor Sweetie. He has been graying for about the last 10 years. It has never bothered me, in fact, I kind of like it. Forty-eight just doesn’t seem that old. It’s not like we put candles on his cake and we have to notify the Fire Marshall. We don’t even give him birthday spankings (although I’m sure the kids would love to…). We never play Heavy Heavy Hang Over thy poor head…because twelve lumps wouldn’t do his brain any good.

Did I ever tell you I married him because of his brain? There is something terribly sexy about smart guys… He was just awarded his 8th patent. I am truly married to the most amazing guy! He works hard every day to provide for our rather large family and then he works hard at night being a fantastic dad. Sometimes we call him the King, but I prefer Sweetie. He has a terrific sense of humor and he puts up with my blog silliness by writing a post whenever I ask him to.

His favorite color is green and he loves Mt. Mike's pizza and a good steak. He loves fast cars and slow women (ok, one woman, but I am pretty slow, and he doesn't own a fast car because he loves kids more). He loves football and chocolate marshmallow ice cream (although I can’t find any for his birthday and I’m a little sad about that), Oreos, but not double-stuff. His all-time favorite movie is Eddie and the Cruisers 2 ("Sorry, Door"). He loves/hates gardening and his job because it keeps him away from his family. He loves newborn babies and watching the rain, fireworks and Fathers and Sons. But most of all he loves the kids and he loves me and that’s enough. Happy birthday, Sweetie. I love you.

Happy Birthday! Enjoy your day with your family!

Well Happy Birthday to your sweetie!

Aww! Happy Birthday to your sweetie! :) Such a cute post.

So sweet. I'm sure your sweetie appreciates this post. Happy Birthday to him!!

I remember i couldnt go to dads and dougnuts because we had a funeral so dad bought a box for the family and we ate them on the way! I love my dad hes so silly sometimes and at other times pretty stern but i love him always happy b day dad!