As we were leaving Martin's Cove, my sweetie commented that he had always wanted to see Independence Rock. "How far is it?" I asked.

"We passed it already," he replied
"Let's turn around!" 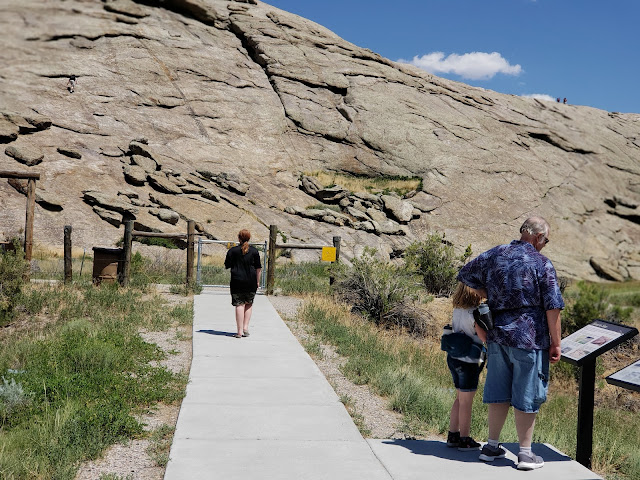 So back to Independence Rock we went and it wasn't far; just a few miles. My sweetie teased the kids about going on another hike around it, but he shouldn't have because instead of going around it, they decided to go UP it! 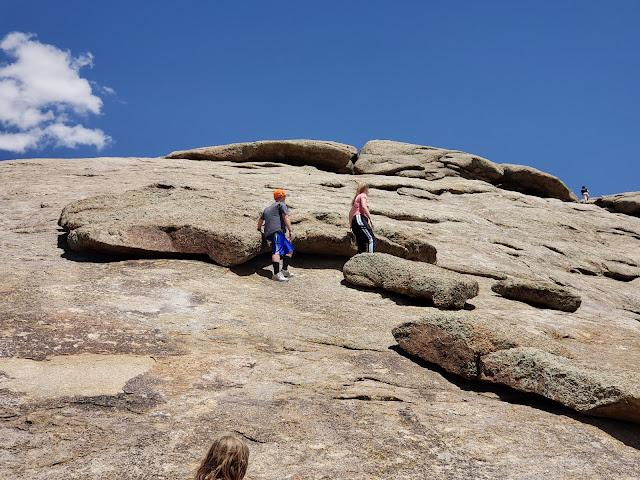 It wasn't long before they were about 3/4 of the way from the top. Baby Doll and I decided we wanted to climb too and when we were about 1/3 of the way, my sweetie asked us to stop and just enjoy the view from where we were. The others decided they had to get to the top so they pretended not to hear. 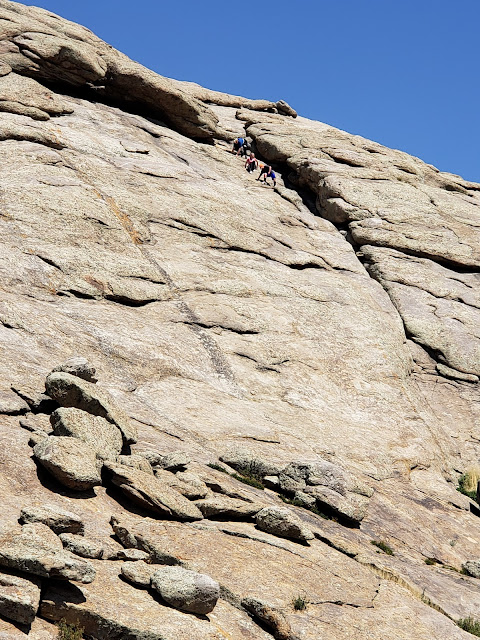 Honestly, the getting up wasn't that hard; it was the getting down! Baby Doll and I basically slid down on our back sides except that every once in a while I lifted myself into a crab walk and she didn't. By the time we were at the bottom, she had several holes in the seat of her shorts. 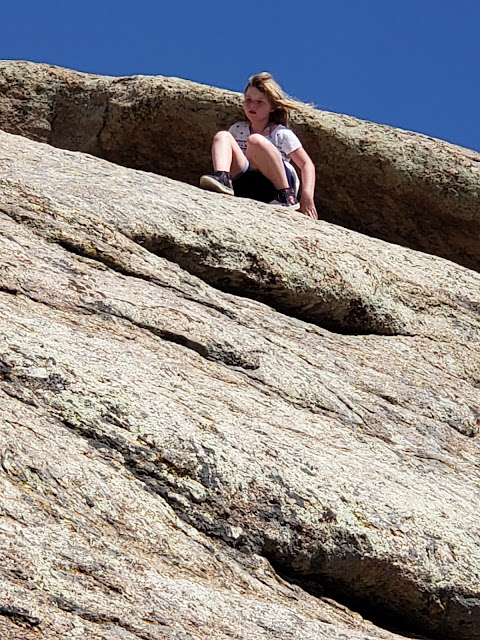 It wasn't long before the big kids came back down, complaining the entire time that no one had taken their pictures when they were shouting and waving from the top. At least we got one pic of Crafty on top and one of Sport that he won't let me put on the blog...it must have messed up his hair... 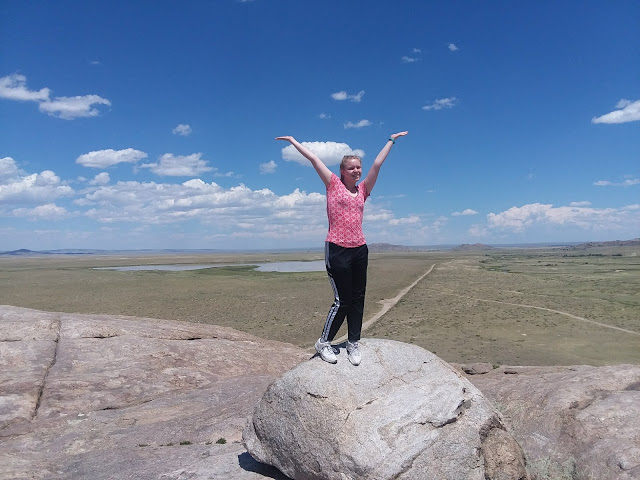 Wow, this was a great post. I loved how brave you all were to climb to the top or at least most of you. I would be in the phobia stage on this one. Thanks for sharing the fun photos of this one and your trip.
Sending loving thoughts and hugs!