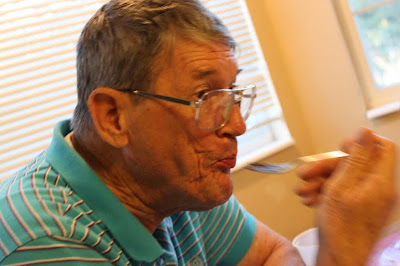 I got a job working at Taco Time when I was 14 years old. I turned 15 in January and shortly after that a new girl started working with me. Her name was Debbie and she was a senior, so I’m guessing she was 17. She could swear like a sailor (I tried it a couple of times, but I’m glad it didn’t stick) and she loved to chase boys. We definitely had that in common.

Remember that first boyfriend I had? The one where I almost wrecked his beloved car? Well she was my partner in crime. Those two boys lived about 15 minutes away and Debbie had a car…It was an old brown station wagon that belonged to her parents, but as long as she had a job and could afford gas, they let her drive it as much as she wanted.

The two of us worked nights and as crazy as it sounds, I was actually in charge of her. So one Saturday morning, we decided it would be fun to drive down to Gunnison and see if we could spot those two boys we were crushing on. We had to work at 4:00, but there was plenty of time for chasing and still getting back for our shift. Such silly girls, we decided to do our hair the same way, down with little side ponytails and we even wore matching shirts.

I’ll spare you the details on the boy-chasing part, but we had fun and then decided we needed to head back. Deb was a little giddy and talking crazy. We cruised into Manti at about 80 mph. She was laughing when she asked me if I’d ever driven a car before since she knew my dad was the Drivers’ Ed teacher at the local high school. I told her that I had driven my Grandpa’s truck with near-disastrous results, and the tractor, but no, I hadn’t driven a car before.

She pulled to the side of the road just outside of the city limits. “Well, you are going to drive today!” she announced. I was terrified, but being a stupid teenager, I couldn’t possibly admit it, so I climbed out of the car and slid behind the wheel. After a 20-second lesson on the knobs and gears, I pulled onto the road.
It was exhilarating and exciting and totally crazy! My speed eased up and up. At Deb’s encouragement, it wasn’t long before the speed-o-meter was approaching 100 mph. Thank goodness there were no other cars on the road…except for one.

When I saw the police car, my foot immediately left the gas. He clocked us at 80 mph. I had never been so upset in my short life! Fortunately for us, he was coming toward us so to give us a ticket he had to turn around and we were on a two-lane road. My hands were shaking as I steered the car onto the shoulder. Deb was beside herself! “Quick!” she squealed, “Trade places…trade places!”

We scrambled over each other in the car. When the flashing lights pulled in behind us, we tried to compose ourselves (i.e., not look too guilty!). As the police officer approached the door, Deb smoothed her hair and glanced over at me. I was so glad we had decided to dress alike! She handled the situation well and took all the blame and accepted her ticket. I think she even thanked the officer! He reminded her to drive more slowly and gave me a stern look. I’m pretty sure he knew, but he had no proof and we weren’t admitting anything. Deb would have lost her license for letting me drive.

Great story! Confession is always good for the soul :-)

God bless and have a great weekend! :-)

That's WILD! What a great story, even if you were being dangerous and illegal! I hope my kids do crazy stuff together, but I also hope they don't actually tell me until much later. I want to laugh at them, not yell!

Oh man! I love the confession! What a great story!

Great story! I'm glad the two of you stuck together for most of the consequences. Has your Dad said anything about this post yet?? My mom always says she'd rather not know some of the dumber things we did as teenagers.

Following you from the weekend hop on GFC
God Bless!

thanks for the laugh. hilarious!

That is an awesome story!! I bet your kids love reading all of these things about you :)