Chicken Stew and the Teeter-Totter

The summer is almost over (or is over depending on who you ask!) and my kids were sad that we hadn't had a single opportunity to do a dutch oven dinner. Teach mentioned it first and it caused such a ripple affect that last Sunday we had a (not) party. 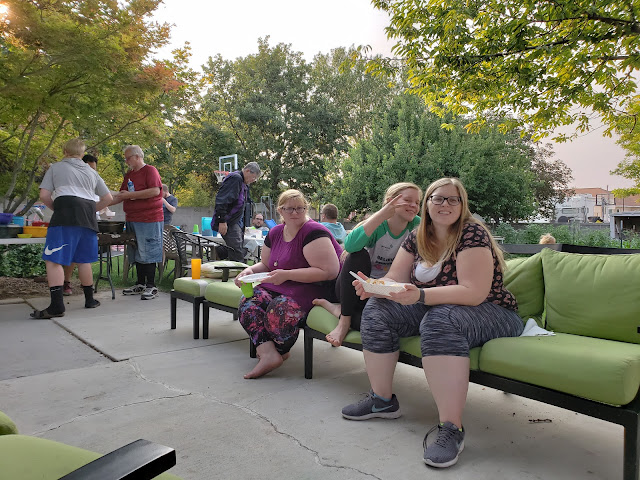 My sweetie made his famous chicken stew and peach cobbler. It was popular and well-appreciated, but the thing the kids (and adults) enjoyed the most was our newly repaired teeter-totter (or seesaw depending on where you are from).

We have probably had that thing for about 10 years and it had fallen into terrible disrepair. It was almost thrown into the large neighborhood dumpster several times, but my sweetie insisted that it wouldn't be much to fix it, just time. Then we decided to give the company a call and find out for real. They just happened to be doing a promotion where new seats were free! 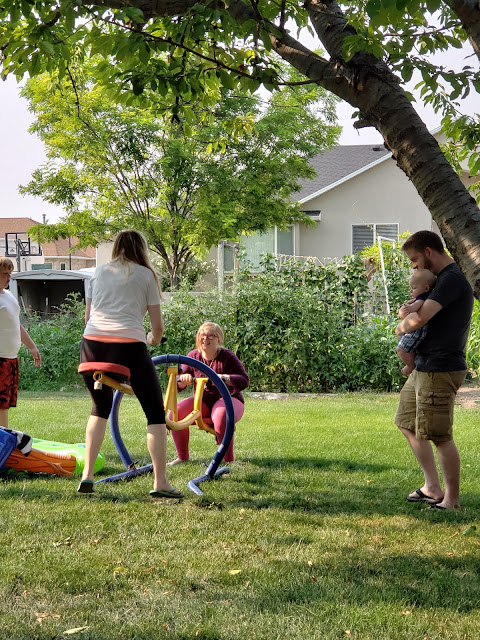 So we paid $2 each for the new hand grips and a couple of dollars for shipping and some new bolts. The hardest part was moving it to the top of the priority list. Thankfully, my sweetie was able to squeeze a few moments to put it back together. 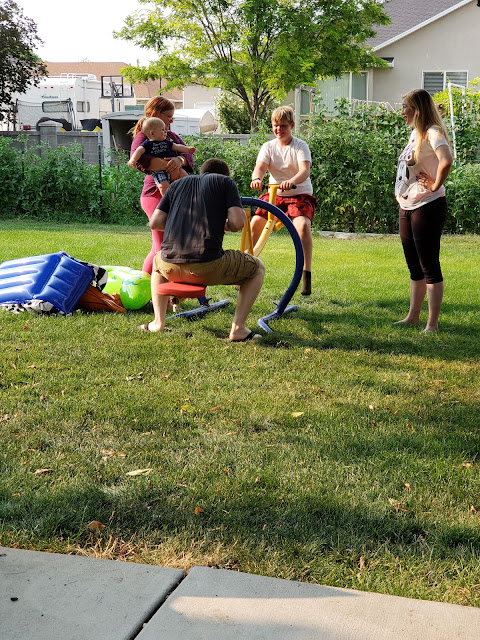 The Chicken Stew and Peach Cobler sounds so good. I love that you could repair the Teeter-Totter for those Grandchildren that are growing fast.
Blessings and hugs!