It's interesting that some of the Go San Diego attractions are not even in San Diego. When we first looked at the list, we had absolutely no plans to drive up to Los Angeles for Knott's Berry Farm. Even though we had driven past this park multiple times when we have been at Disneyland, we have never opted to go inside.

So today my sweetie suggested we make the 3-hr round trip and check it out. We arrived sometime around noon and we were a little surprised at the number of people. It was almost like visiting on a summer day. I have no idea that a school holiday like Martin Luther King Day would be like that. We wandered around until we found a cute little cafe so we could have lunch.  I had been a little queasy all day, so I didn't really eat breakfast. 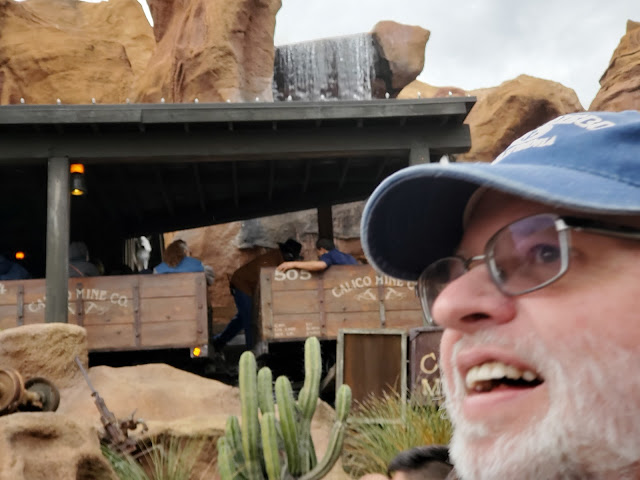 We waited in line forever and then we it was finally our turn. We were seated out on the porch right by the line of people waiting to get in. It applied a certain amount of guilt to the meal, but I enjoyed it anyway. My sweetie got some sort of roast beef sandwich and I got a sourdough bread bowl full of chili. The bread was so good that when we left, we took one with us to go without the chili. 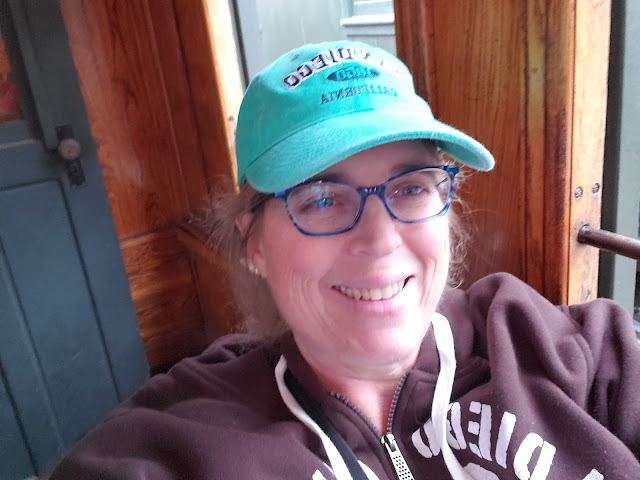 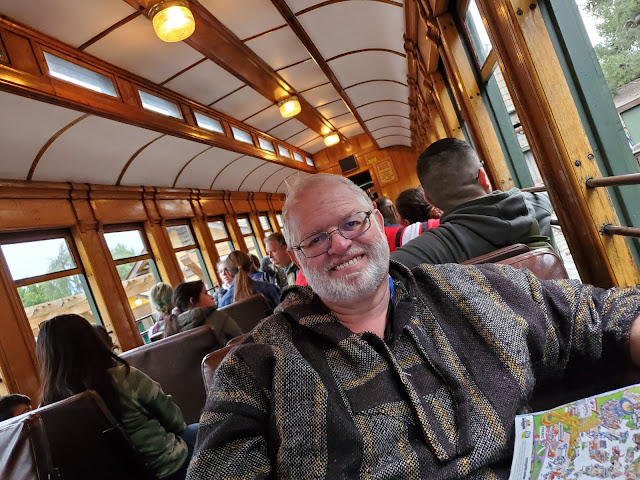 My sweetie kept saying he just wanted to scope out the roller coasters to see if he wanted to bring the kids there, but we didn't ride any of them. We went a couple of times on the miner's track (I seriously have no idea of the name...) and we also rode on the big train around the park. 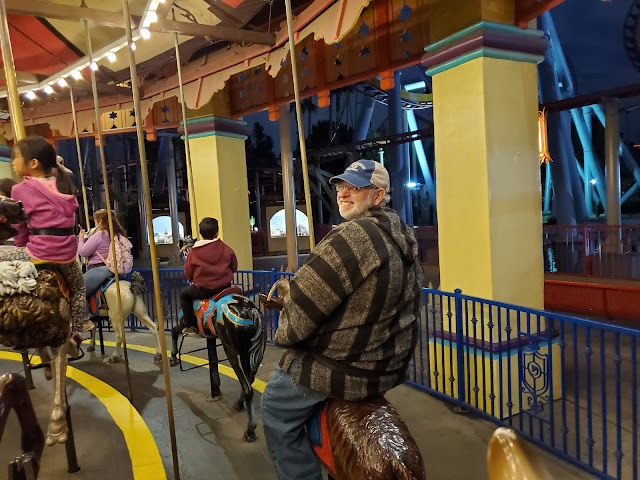 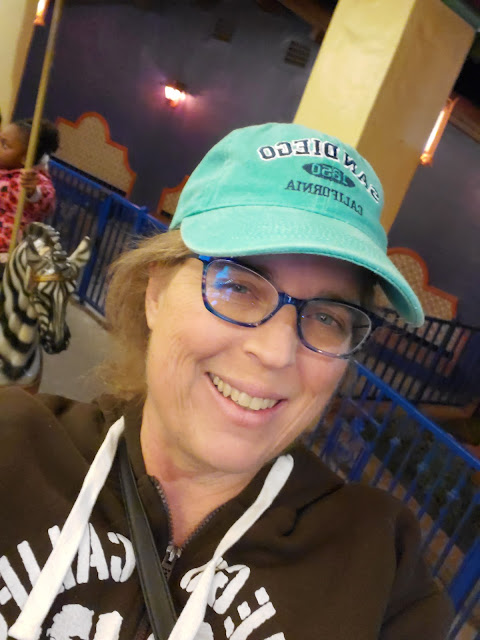 We eventually made our way around to the fiesta area and we rode the carousel. This was one of the most beautiful and different carousels that we have seen. We stopped at Johnny Rocket on our way back to the gate and had a shake and shared a batch of their amazing onion rings. That turned out to be our dinner after the hour and a half car ride back since neither one of us wanted to go again out after we had gotten cozy back at the hotel. 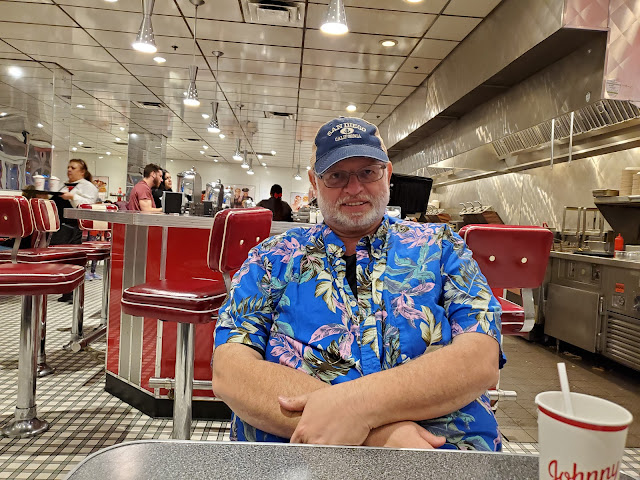 Our super fun Go San Diego trip is almost over. We have chased around like crazy so we could get our money's worth and we are way over $500 on the activities we have attended. I think we really wanted to prove that these passes are a great value. The only downside is that in the wintertime, almost all of the venues close around 5:00 pm.
Posted by Mom of 12 at 1/21/2020 04:31:00 AM