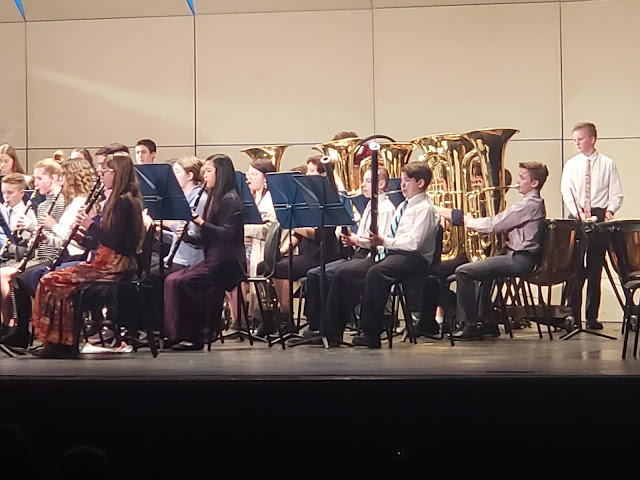 One of my favorite parts of the Christmas season is the music. My favorite is singing it, but next to that, I love hearing it, especially when played or sung by my children and grandchildren. Sadly, I haven't been able to get to any concerts for the grandchildren, but I did manage to make it to Scout's band concert last night. 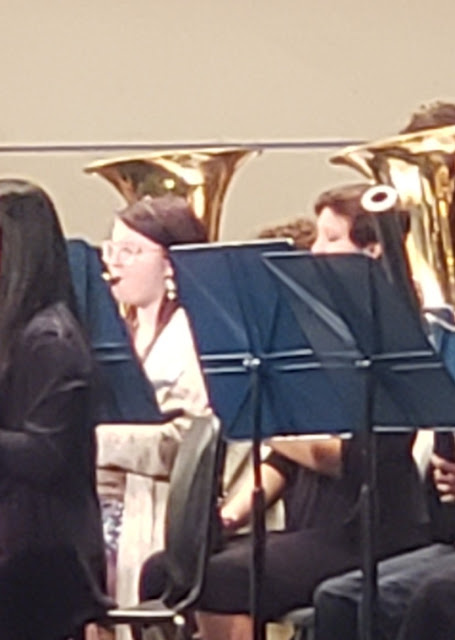 Scout has recently switched to playing the Bass Clarinet in the concert band at her middle school. She loves the richer and deeper sound of the bass. On Thursday we made it to her Christmas concert, but barely. It was also my sweetie's work party, so we ended up speeding across the valley so we could hear her play. Fortunately, her band was second on the program, or we might have missed it this time. 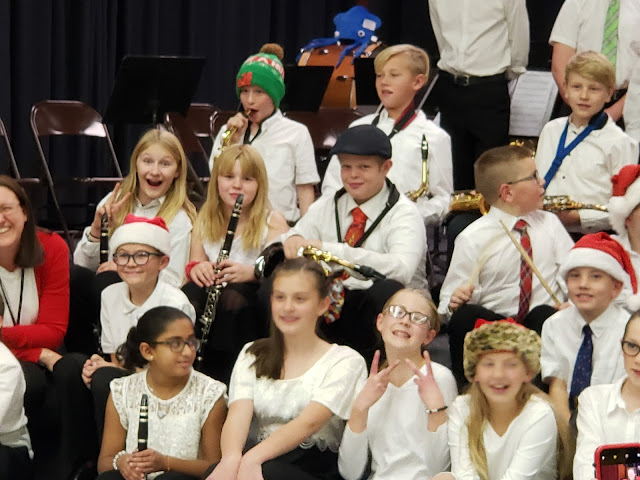 Last week we were able to attend Curly and Baby Doll's concert at the elementary school. Curly is playing the tenor sax this year in both the beginning and advanced bands and Baby Doll is playing the clarinet. It is her first year and so far she has really enjoyed being part of something that nearly everyone of our children have done. 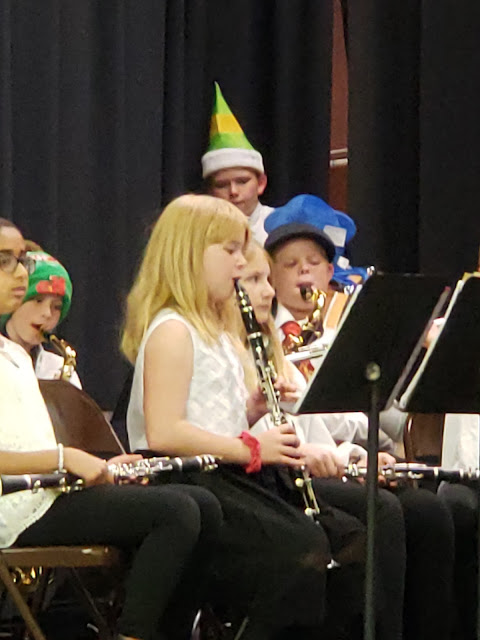 Sport will have our final concert of the year next Wednesday, but I will fill you in one that one later. Just for the record, Taco had his band concert on Thursday night at the same time as Scout's and Burrito had his tonight. I heard they both did excellent jobs, especially Burrito with is bells solo. Burrito decided to take a break from band this year and he is actually singing in the choir. Hopefully Bossy will have a minute to dump a couple of pics and comments in here from their performances as well. 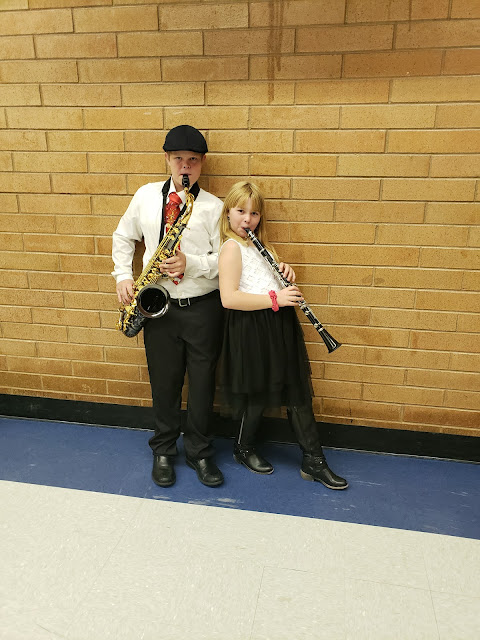 Taco had a "solo" we tease because the bass clarinet is usually solo. But in this instance he was one of 3 band members playing and the only one with the melody. He did great.
Burrito's bell ringing was fabulous but I preferred when the hmmed with the kazoos and did a kick line. Unfortunately I am no longer on your contributor list of the blog so I can't add photos or edit you post.